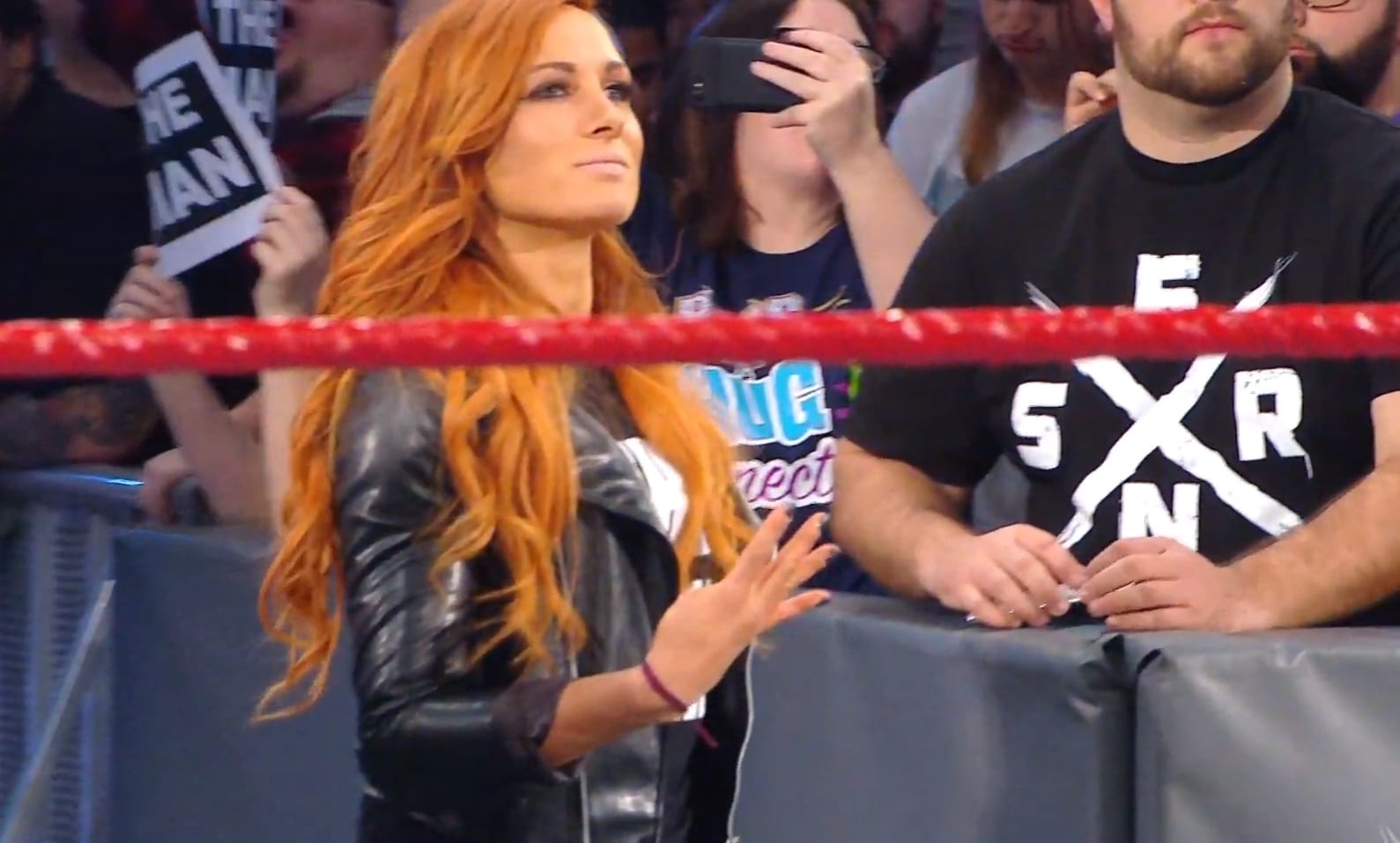 WWE might not be planning a 4 Horsewomen vs 4 Horsewomen match between now and WreslteMania, but they are certainly hinting at something by releasing this clip.

When Becky Lynch came out on RAW to confront Ronda Rousey, Bayley was in the ring too. What a lot of people might not have noticed is that they both threw up the 4 fingers to signify their Horsewomen bond.

This is very interesting considering the fact that The Man was out to get in Ronda Rousey’s face. The Baddest Woman On The Planet took on Sasha Banks on the previous night and defeated their Horsewomen sister too.

Shayna Baszler, Jessamyn Duke, and Marina Shafir might still be in NXT, but all it would take is one phone call to make this 4 vs 4 match happen. There has to be a reason why WWE put out this video making it pretty obvious that they pulled off this little message in front of everyone’s eyes without many people noticing.