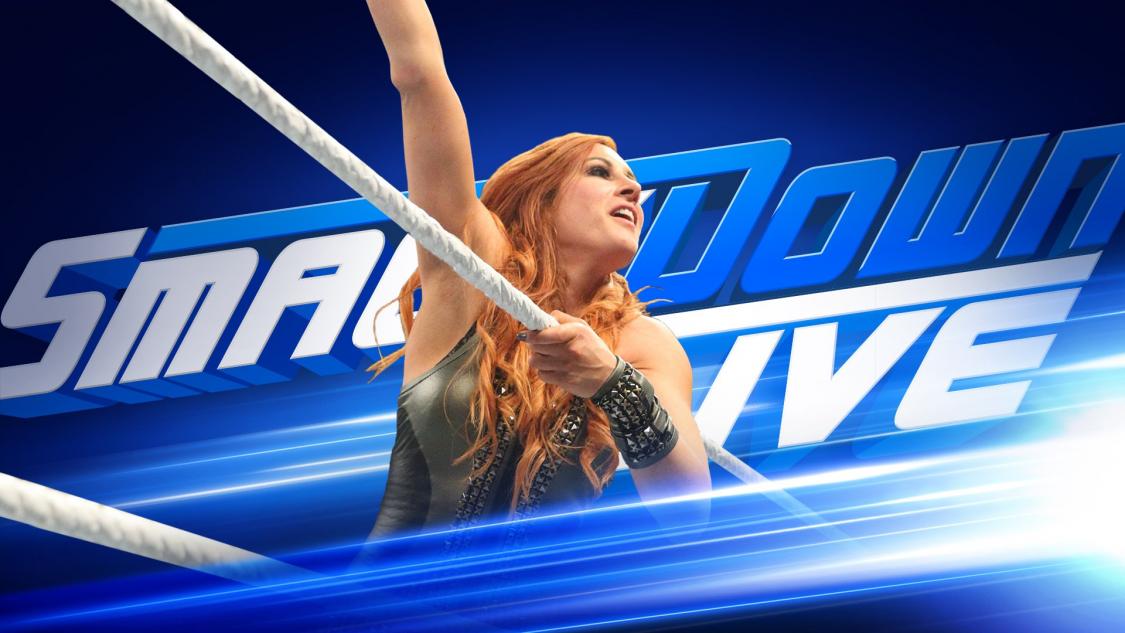 Welcome to Ringside News’ LIVE COVERAGE of SmackDown Live. It is the first show after the Royal Rumble, but there is still plenty of ground to cover. Please keep refreshing throughout the show for constant updates.

This is the first show after Becky Lynch claimed her WrestleMania match against Ronda Rousey. It will be interesting to see how Lynch interacts on the blue team after calling out the RAW Women’s Champion.

Shane McMahon and The Miz walked out of Phoenix as SmackDown Tag Team Champions. So we will have a big celebration for them tonight as well. That should be fun.

What isn’t so fun is Rusev losing the United States Title to Shinsuke Nakamura. He will certainly be looking for some kind of retribution, the only question is whether WWE will let him get his shot at Nakamura.

Asuka needs a challenger so we could expect to see someone step up to her as well. Since Becky Lynch decided she didn’t want Asuka again, it’s likely that anyone could be next to prove that they are ready for Asuka.

Also, Daniel Bryan is apparently some sort of a cult leader now. After Erick Rowan’s return to help Bryan topple AJ Styles at the Royal Rumble event, you never know what could be next for The Planet’s Champion.

Don’t forget to check back at 8:00 PM when the fun starts. Until then, please enjoy the following video from your friends at Ringside News for no reason in particular except for the fact that everyone is talking about Dean Ambrose today including WWE.

Becky Lynch took the ring and the crowd was full of “The Man” signs just like they were handed out or something.

Lynch got in the ring limping the whole time and if she keeps up that walk it could make her The Man for real from now on. Lynch said the Royal Rumble didn’t go as she would have liked it and unlike Ronda she doesn’t crumble when she loses.

She won the Royal Rumble with one leg. “Becky” chants broke out.

Becky said she’s proud that she came from nothing and how many heads she slapped to get there. She went from the kickoff show last year to the main event at WrestleMania and “nobody handed me nothing.”

“You deserve it” chants broke out next next. Then she said that she saw doubt in Ronnie’s eyes last night and then Lynch promised to break her arm in front of the entire world.

“If you don’t walk into WrestleMania believing that, you’ll be carried out knowing it,” Lynch said as Charlotte Flair came out to get some “woos” but plenty of heat from the crowd too.

Flair congratulated Lynch for making it off of the kickoff show at WrestleMania. Just a few years ago Flair vs Lynch vs Banks was event match for the Divas/Women’s Title. Suprise: Charlotte won that one too.

Flair said that Bex learned all of her lessons from her. Flair said “You’re welcome” and she did all of this for her. Then Becky Lynch punched Flair right in the jaw and it looked stiff. Charlotte dropped to her knees and The Man walked away.

As Becky left up the ramp, Flair gave chase and then the brawled. Charlotte threw Becky against the barricade before officials arrived for a pull apart.

“Let them fight!” chants broke out so they did. Lynch broke free and took Flair out. Notable names in this pull apart were Jamie Nobel and Adam Pearce among others.

Finally, they broke up the brawl and The Man walked away to a rousing ovation (you see what I did there?)

This match might be a consolation present for getting thrown out of the Royal Rumble by Nia Jax. Either way, Truth is getting a US Title match. Truth and Carmella got to do a little time on the microphone.

R-Truth said he got “jacked up” by Jax. Mella said they fought hard in the Mixed Match Challenge and he deserved to be in the match.

“For real, I don’t know what happened. One minute I was rapping, the next I was napping,” Truth said. Then he confirmed that the McMahon granted him the title match because of what Jax did to him.

Shinsuke came out before a dance break could happen which was disappointing.

Nakamura started the match with a kick to the face and a reverse exploder suplex. Truth countered a Kinsasha with a clothesline or a “Lie Detector” it wasn’t quite delivered perfectly and then Nakamura rolled out of the ring.

When they came back from commercial, Truth was taking some knees from Nakamura. Truth just let Shinsuke hit him over and over again with strikes.

Suddenly, R-Truth rolled up Nakamura and won the US Title.

Winnner and NEW US Champion: R-Truth

Rusev came down and he wasn’t happy. He demanded a US Title shot next and he was a real heel about it. R-Truth said okay, so that match will start next.