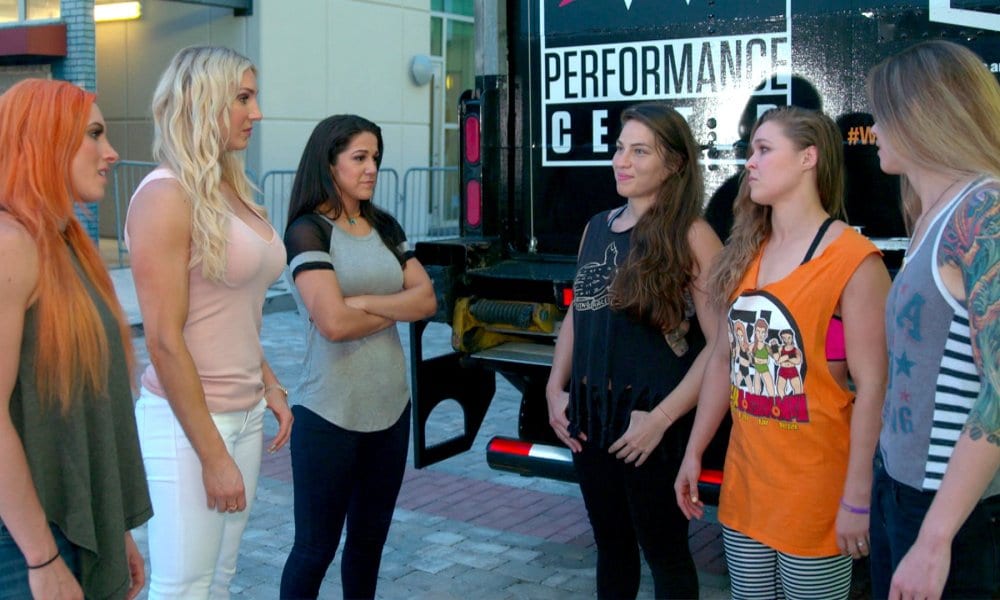 Ronda Rousey’s entrance to WWE was quickly followed by fans wondering how long it would be until we see a 4 Horsewomen vs 4 Horsewomen match. However, it hasn’t happened yet.

Dave Meltzer revealed on Wrestling Observer Radio that in spite of the fact that Ronda Rousey teased this match in a big way following the Royal Rumble it doesn’t seem to be in the plans.

“Ronda actually cut a promo about the Horsewomen vs Horsewomen match. It was actually a good promo too. Right now as far as between now and WrestleMania there is no plans for that. It can change, but there’s nothing now you know so I had asked specifically.”

“I said, ‘it looks like they’re going that direction’ and Sasha really, really wants that especially and Ronda’s not opposed to it. You know those are her real friends, but it’s not in the cards the next two pay-per-views right now. It can change, but anyway.”

Therefore, if you were excited to see Shayna Baszler, Jessamyn Duke, and Marina Shafir make their way up to the WWE main roster for a feud with Bayley, Banks, Flair, and Lynch that isn’t going to happen right now.

The fact that there seems to for it to happen backstage might help that along. You also have to consider the fact that Ronda Rousey might not be around in WWE much longer as a full-time performer, especially after she was booed out of the building on RAW and evidently lost a lot of love for pro wrestling fans in the process.