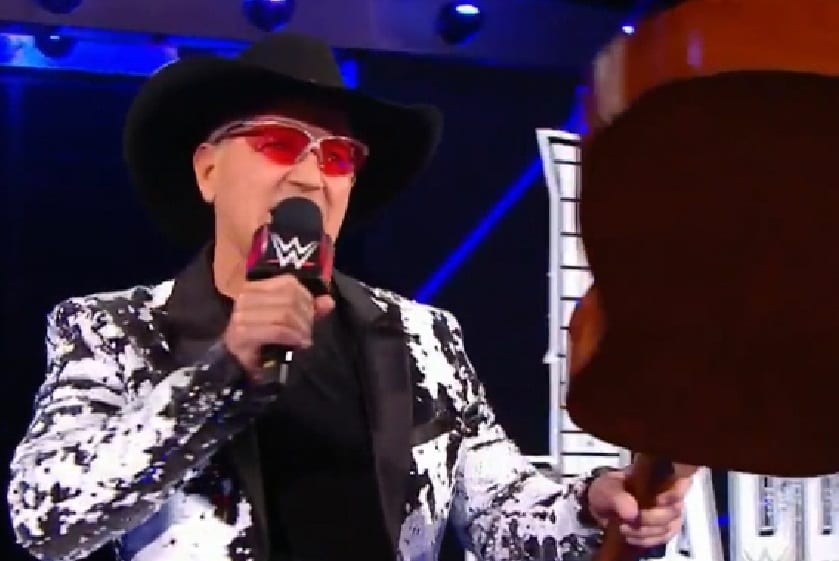 Jeff Jarrett surprised a few people when it was announced that he signed with WWE once again. The WWE Hall Of Famer will play the part of a backstage producer as well as an on-screen role when they need him.

He came out on Raw this week and then Elias laid him out with a guitar after a few feel-good moments and a sing-a-long of “With My Baby Tonight.” This actually marked the second day of Elias’ heel turn after officially turning into a bad guy at the Royal Rumble event.

Mike Johnson noted on PW Insider Elite audio how WWE is likely going to use Jeff Jarrett from now on. You might not see him every week but never say never in WWE. Double J has proven that time and time again.

“The crowd loved the Double J stuff, loved the Road Dogg stuff and I guess Jarrett when he shows up will be used as an undercard feel-good character. They used Elias to lay Jeff Jarrett and Road Dogg out, I get it. It’s no different than DX laying out Sgt Slaughter or somebody else to kinda get some heat on people that the fans care about. We’ll see what goes on here.”

Jeff Jarrett is a great entertainer and he can still strut, but he might not be around much. However, Double J will most likely be there even if he’s not on television because he’ll be working backstage.