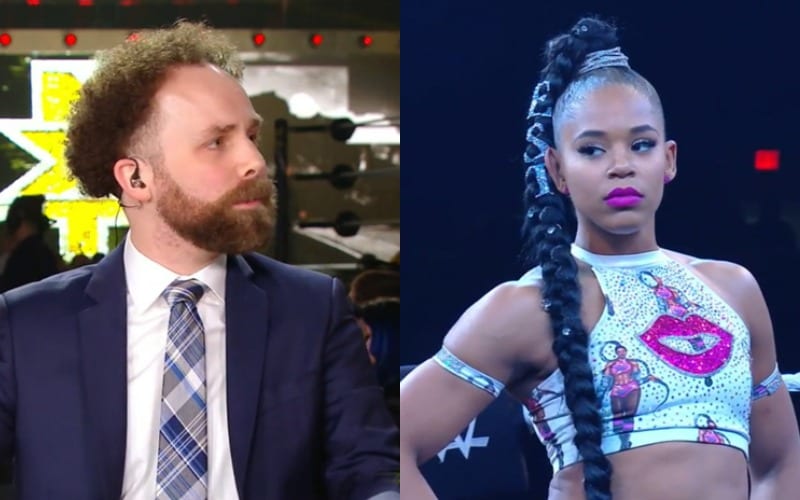 We previously reported that Sam Roberts ended up with some backstage heat over statements he made about Bianca Belair. Although it’s not known whether this is part of the storyline or not, Bianca Belair certainly took offense to it. However, she has her own way of handling things.

After her hard-fought loss to Shayna Baszler at NXT TakeOver: Phoenix, Belair spoke to WWE about how she not only feels about Sam but also how she feels about no longer being undefeated (S: Belair still calls herself undefeated).

“You know what? Mr. Sam can say what he wants to say because I literally just pushed Shayna to her limit. So, Mr. Sam, you can kiss my ass.”

It is good to know that Bianca Belair didn’t seem too phased by Sam Roberts’ comments about her belonging in a TakeOver match. Either way, it doesn’t seem like she is going to pay him any mind as she continues her path as an NXT Superstar to get another shot at the NXT Women’s Title.