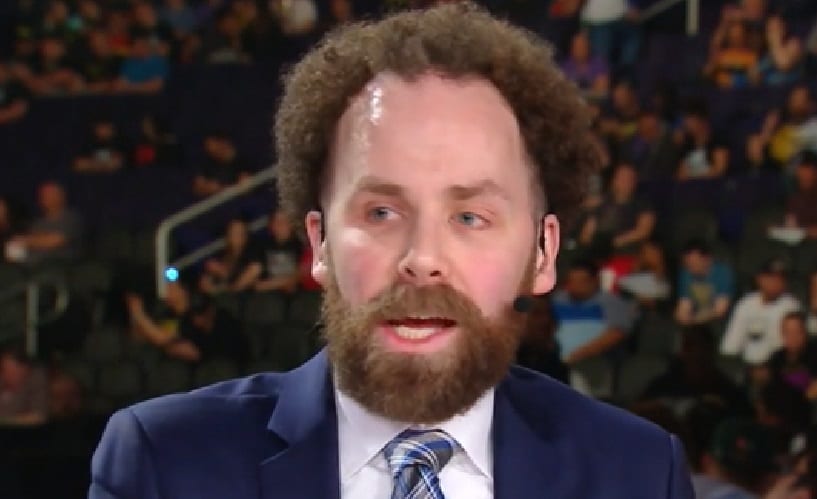 NXT TakeOver: Phoenix featured a Women’s Title match where Shayna Baszler was able to topple Bianca Belair’s undefeated streak and retain her title in the process. Before the show kicked off, Sam Roberts had some pretty interesting words for Belair.

Roberts said he didn’t think Bianca Belair belonged in the title picture during the kickoff show. He said that she doesn’t quite stack up with other previous champions either and is match wasn’t “TakeOver worthy.” These statements have received a lot of criticism online.

“It’s… I … it’s not — I mean, I don’t think it… it’s not TakeOver worthy. Bianca Belair… she’s a good athlete, but look at the list of women champions. You got Shayna Baszler, you have Charlotte, you have Sasha Banks, you have Asuka, you have Kairi Sane. This is a list of the elite women in wrestling and Bianca Belair is nowhere close to that list.”

You can see Roberts make those statements below. It was theorized that these words might have been scripted, but the awkwardness of Roberts’ delivery on the kickoff show might show otherwise.

Then again, Roberts could just be showing off some great acting chops.

Some people backstage were upset at Roberts for this statement. It’s unknown whether this line was fed to Sam Roberts or not, but he certainly executed it well enough to make people think that this was his real opinion accidentally slipping out.