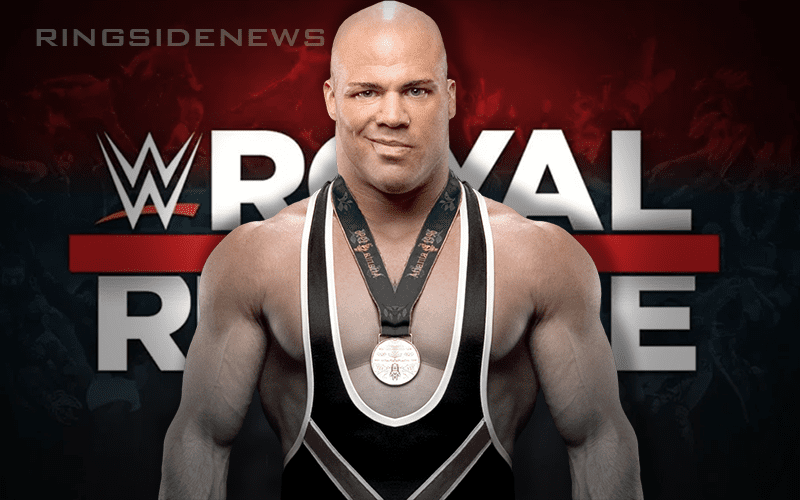 Kurt Angle wasn’t in Phoenix yesterday, but everything can change with one flight. It appears that the WWE Hall Of Famer is in town for the Royal Rumble, but it’s unclear what his intentions are.

PW Insider reports that Kurt Angle has been spotted in Phoenix. He is at Axxess, but there is no word on whether or not he will be competing at the Royal Rumble pay-per-view.

If Angle did return to compete in the men’s Royal Rumble match then it would be a good spot to use him. It was said that his recent surprise match in San Antonio left a lot to be desired.