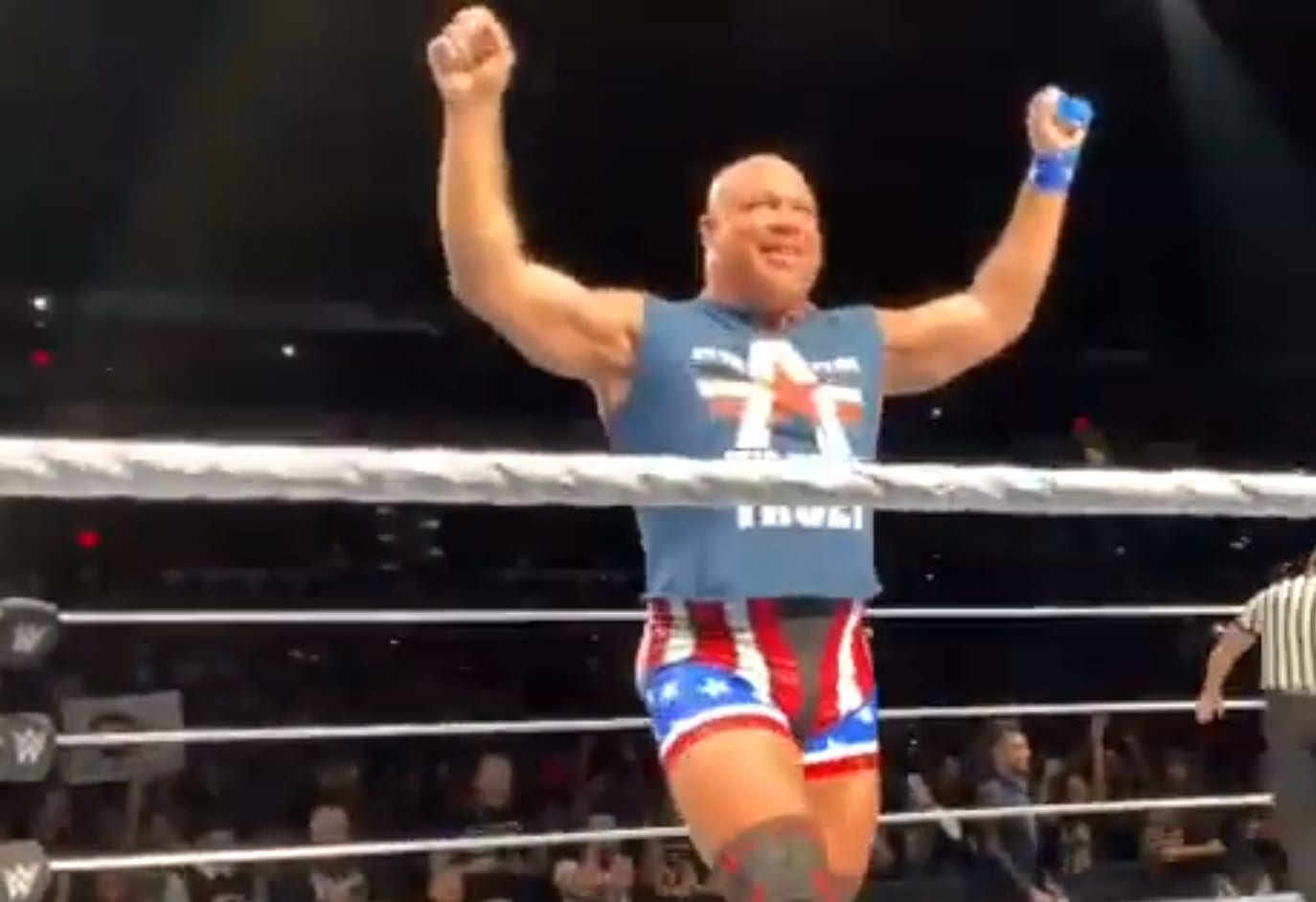 Kurt Angle is a WWE Hall Of Famer who became famous for being exceptional in the ring. He recently showed up at a WWE live event to surprise the San Antonio crowd and face Baron Corbin, but it left much to be desired.

The Wrestling Observer Newsletter noted: “The report we got is that this was a bad match, which is kind of sad since Angle bell-to-bell was an all-time great. He looked hurting and moved slow.”

WWE has plenty of people they can call to make an unannounced Royal Rumble entry. Kurt Angle is certainly on that list, but hopefully, he will be able to impress more people than he did in San Antonio.

Baron Corbin actually won that surprise match against Angle after an eye gouge and an End Of Days. The crowd was said to be disappointed to see a legend lose, but they were even more surprised by how unimpressed they were by the WWE Hall Of Famer’s match.