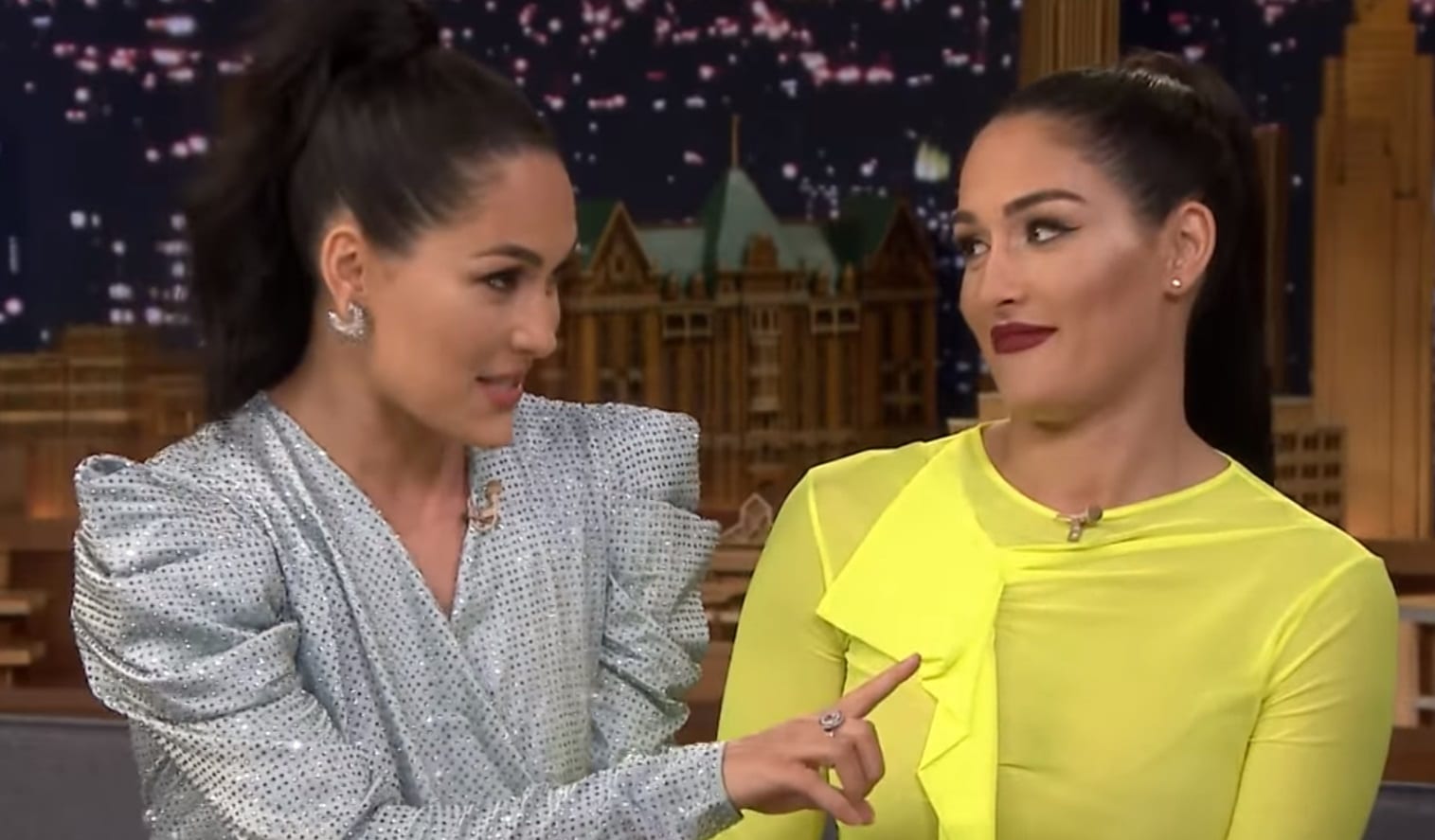 The Bella Twins are very close. They are twins, after all. During a recent trip to the Tonight Show, they revealed a story from their past that you won’t see on Total Bellas.

Brie Bella talked about a time when her sister didn’t have her back at all. They were in first grade and there was some sort of play where Brie had to dress like a clown. It was right before showtime, but little Brie Bella had to potty and there was no time. However, the show must go on.

Brie said that she was on the stage and couldn’t hold it anymore so she released her bladder. Soon there was a mini-clown peeing on the stage and all of the children went running. Nikki said, “that’s not my sister,” and she took off with the rest of her peers.

“She was a peeing clown!” Nikki exclaimed in defense.