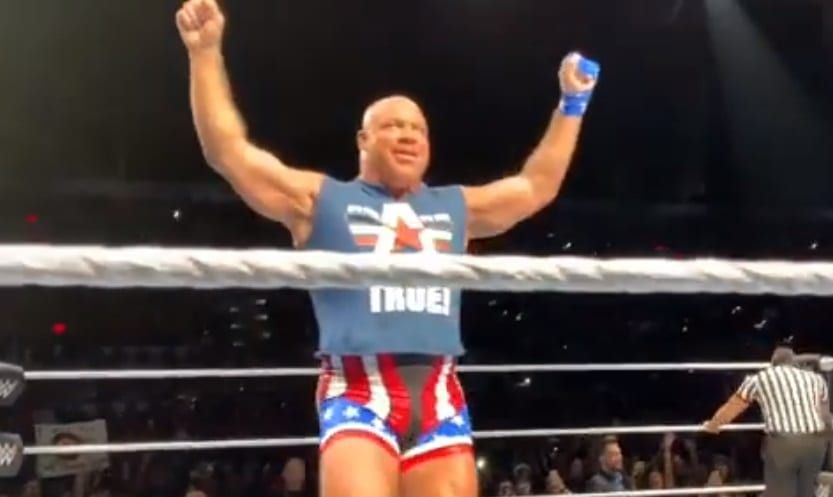 Kurt Angle hasn’t been seen since the night after WWE TLC when he did a repeat of what happened the previous night. The attack was against Baron Corbin and it seems like Angle still has a score to settle with the man who took his job as RAW General Manager.

Baron Corbin thought he was going to get away with not having a match at WWE’s house show in San Antonio on Friday night, but he was mistaken. Because there was a WWE Hall Of Famer ready to answer his challenge.

Angle came out to shock the crowd and make pretty quick work of Corbin. Needless to say, Corbin was not happy at all.

This is the first match Angle has wrestled in a while and it might be a very good sign that he could be keeping that ring rust off because WWE has other plans for him soon.