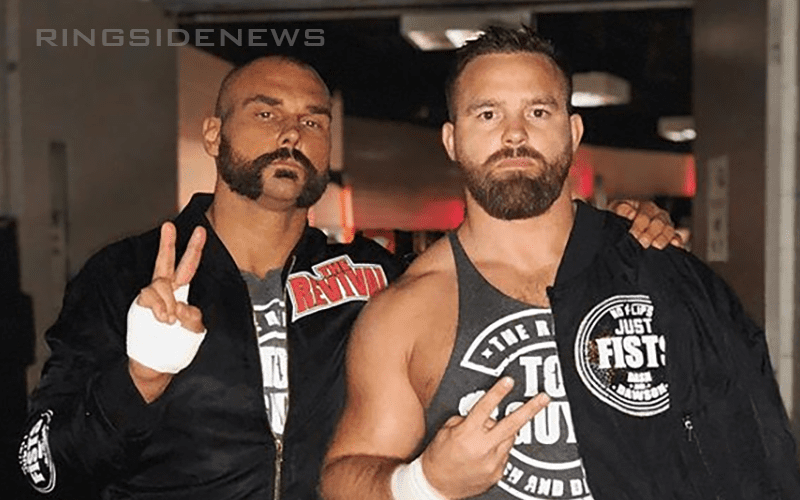 The Revival are Top Guys, but you might not realize that by watching them on television every week. Time and time again the two-time NXT Tag Team Champions have been the victim of bad booking and that was enough for them.

Last week, they requested their WWE release, but it was denied. This week on RAW, they had a segment with Vince McMahon in the hallway and plenty of people pulled a screenshot of their encounter.

Dash Wilder used the picture of himself and Scott Dawson with Vince McMahon while including a very interesting caption:

It is reported that WWE has denied The Revival’s request for a release. However, that doesn’t mean McMahon isn’t going to do something about it. WWE will reportedly start focusing more on the tag team division in the upcoming weeks. We will just have to see how that all plays out.