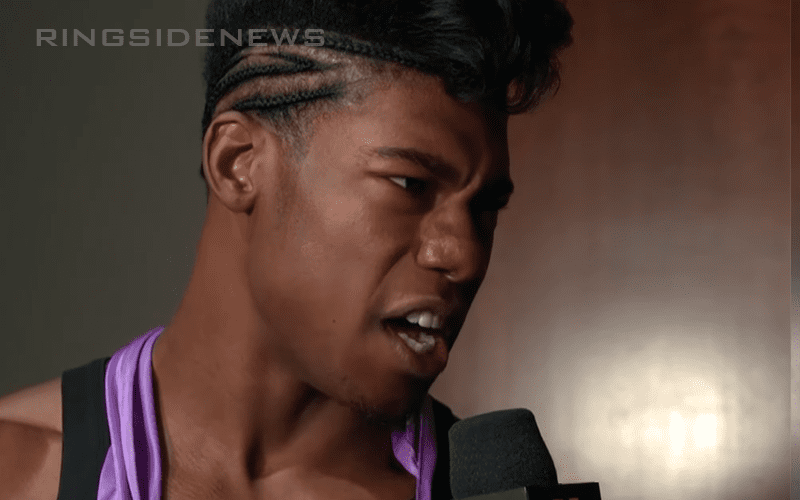 Velveteen Dream recently let loose on Twitter with a very frustrated sounded tweet. He pretty much refused to appear for WWE anymore. This could be remedied if they can come to an understanding of some kind.

It was said that Dream did this for publicity, but he also made a very interesting move a short time later. Velveteen Dream has now changed his Twitter account setting to protected status.

Locking out his Twitter profile like this won’t stop his current followers from seeing what he has to say, but it will stop the general public from being able to read his thoughts. His 86.9 thousand followers are now the only people who can read The Dream’s tweets.

We will keep you updated on this story as more develops. Velveteen Dream has been pulling for a big push and laid down a challenge for John Cena. We will have to see what happens, but it is very interesting considering that fact that Cena might not have a WrestleMania opponent now after plans with Lars Sullivan were changed around.