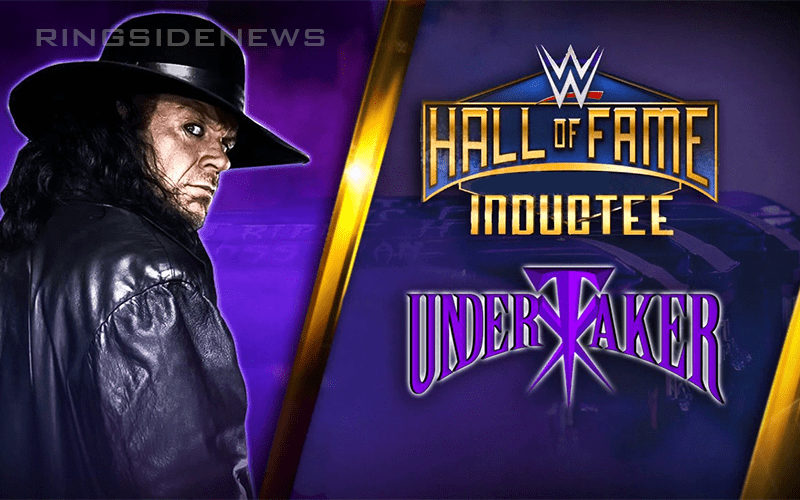 The Undertaker is not in the WWE Hall Of Fame. He will very likely get his induction eventually, but it hasn’t happened yet. This is why so many people thought it was interesting when The Undertaker was referred to as a WWE Hall Of Famer during a recent ad that WWE sent out for the WWE Network.

It looks like WWE realized what they had done and what they can to fix things. Now the ad is being re-sent to fans and it has a different honor for Taker.

Now The Undertaker is simply called a legend. He is a legend, he’s just not a WWE Hall Of Famer. In fact, Ric Flair and Shawn Michaels are also referred to as legends now and not WWE Hall Of Famers which they are both.

It’s good that WWE was able to figure out this issue. Still, they might need to hire on a fact-checker in the graphics department to prevent any future issues.