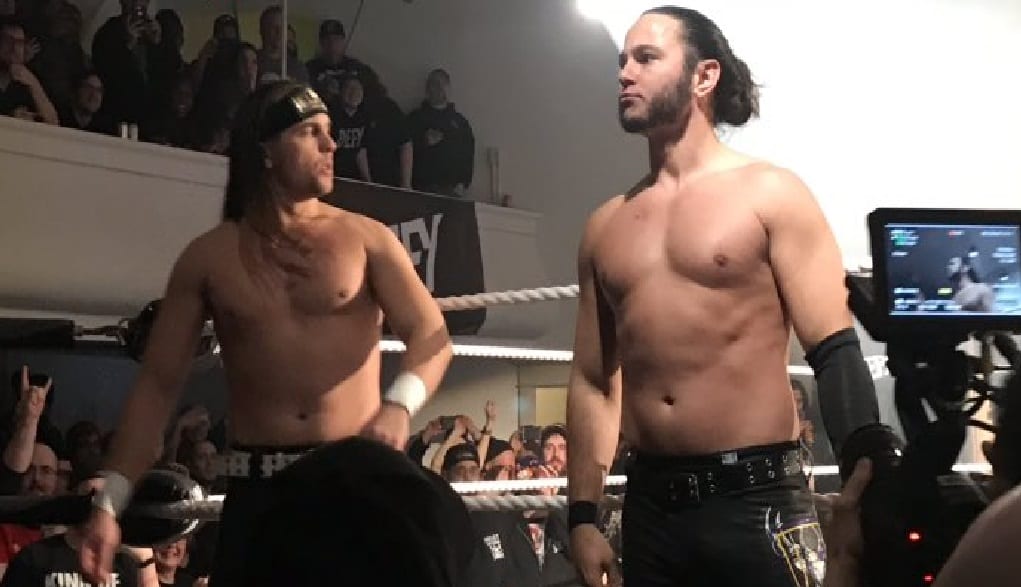 The Elite showed up at Bar Wrestling recently and last night The Young Bucks invaded Defy. They didn’t really make much of a secret about it either if you could figure out what they were hinting at online.

Bryan Alvarez was at the Defy event last night and he spoke about it on Wrestling Observer Live. Fans showed up in droves and lots of people were turned away because the venue only fit 700 people. No doubt they were able to decipher Nick and Matt Jackson’s Seattle-themed clues. The reasons for The Young Bucks’ surprise appearances are notable as well.

“It’s part of their strategy since they’re not going to be doing a lot until later on this year. So it’s something for them to do to keep their names out there, give back to the fans, and help indie wrestling.”

There is no shortage of hype for the upcoming All Elite Wrestling promotion. Getting out there and connecting with fans is incredibly smart as well.

Alvarez said that The Young Bucks stayed and met with fans for a very long time after the event and that’s a great idea. Because that connection with fans is something that could help bring AEW to the next level.