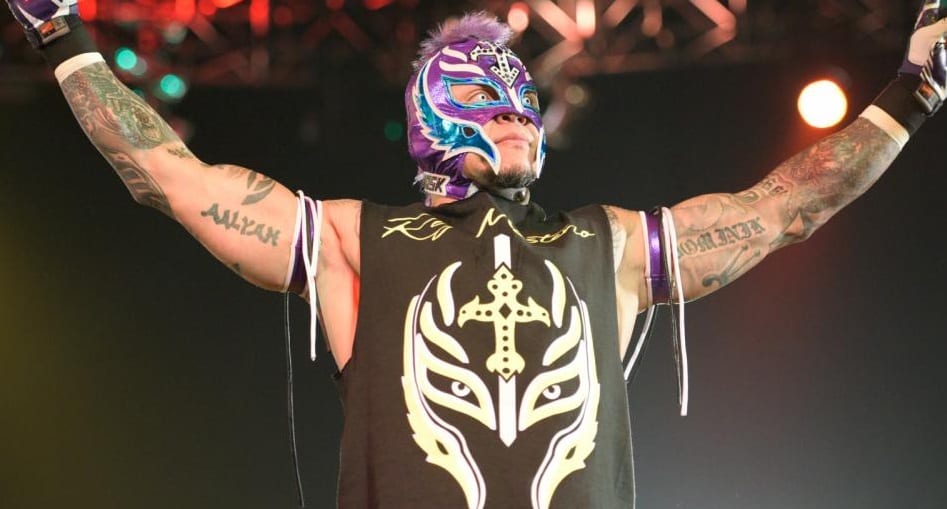 Dave Meltzer discussed Rey Mysterio during Wrestling Observer Radio where he explained that WWE is booking to protect Rey in shorter house show matches. He also explained why Rey insisted on following through with his indie commitments before coming to WWE.

“This was before ALL IN even came around, but Rey was on the outside with the idea of New Japan and I don’t think they wanted him in New Japan with New Japan coming to the United States and ALL IN, they really didn’t want him at ALL IN, but you know, I give him credit compared to a lot of guys when they’re told, ‘We don’t want you doing this,’ he kept his commitments to pretty much everybody he had committed to while a lot of guys just burn the people there.”

“Whereas a lot of guys just burn the people there and you know maybe number one I think he just wants to do business the right way and the other is that a lot of guys think that when they’re in WWE that’s kinda like you know, ‘Now we’ve made it and we’re never leaving’ and others realize it’s a phase, it’s not the rest of your life and after the phase is over you’ve got to go back to these people and some of them might not be willing to trust you so much if you burned them or you just didn’t care. So Rey handled his business very smartly.”

Mysterio has a clause in his current two-year contract where he can elect not to re-sign if he’s not happy and make before his contract expires. You never know where the winds of change might take Mysterio next, but he seems to be having a good run in WWE right now during this phase in his career.