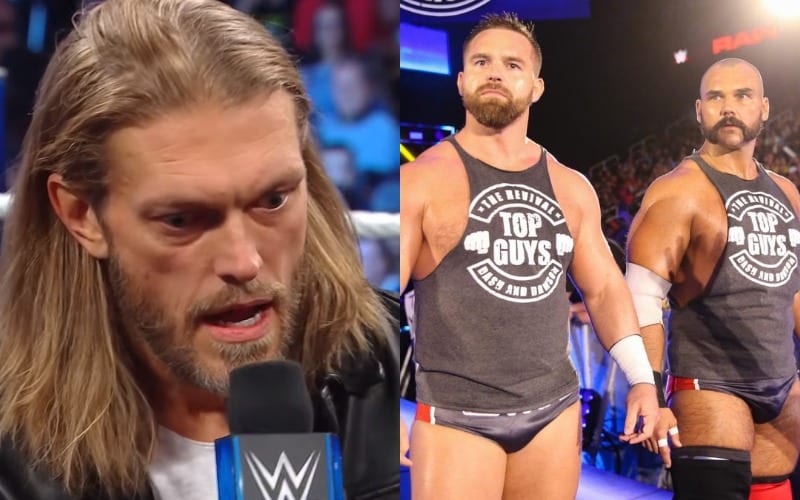 The Revival requested their releases from WWE on Monday this week. This was a big step for Scott Dawson and Dash Wilder, however, it doesn’t mean WWE is going to let them go.﻿

Edge and Christian discussed The Revival asking for their WWE release on E&C’s Pod Of Awesomeness. Edge put The Revival over as one of the best tag teams in the industry along with The Usos. The Rated R Superstar also had to admit that he understood where they were coming from.

“If it’s true I get it in a way it’s got to be frustrating like we’ve talked about a six-minute match. What kind of story can you tell in a six-minute match and you start to throw in Lucha House Party Rules or something like that. The danger is people think, ‘Alright I’m in WWE now, let’s go,’ it’s gotta be disillusioning sometimes. Like, I remember we had to go out and have a handicap match with Steve Blackman in two minutes.”

Edge and Christian certainly understand how frustrating it can be to work in WWE especially with the way that Vince McMahon views tag team wrestling. You never know how The Revival requesting their WWE release could change their direction, but at least The Rated R Superstar understands where the Top Guys are coming from.