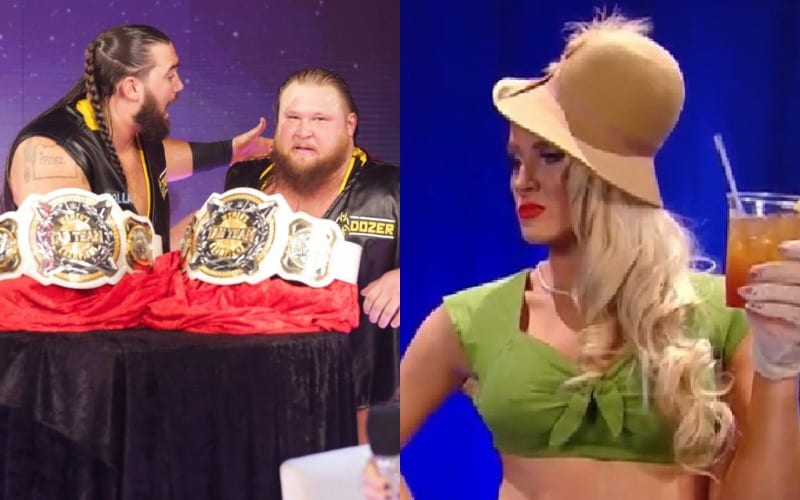 WWE’s roster is growing all of the time and they are introducing six new Superstars to the main roster. Although Lars Sullivan did now show up on Raw or SmackDown Live and his status is somewhat of a mystery the rest of the call-ups have appeared on WWE’s main roster brands.

Some fans (and a WWE Hall Of Famer) were not blown away by how WWE debuted stars like Lacey Evans, EC3, and Heavy Machinery. They have less of a complaint about Nikki Cross because she came out and wrestled a match, however, The Wrestling Observer Newsletter notes WWE’s reason for such lackluster debuts.

It is reported that Vince McMahon just wanted to get the new Superstars on camera. They were placed in the background to be seen and they haven’t decided how to use them.

The idea is to keep the new Superstars on television while WWE figures out a plan for them. The thinking is that the fans will forget about the weak debuts once WWE involves them in storylines.

Therefore, it appears we might be seeing more of EC3, Heavy Machinery, and Lacey Evans just hanging around backstage for the time being. At least the WWE Universe will know who these new Superstars are.