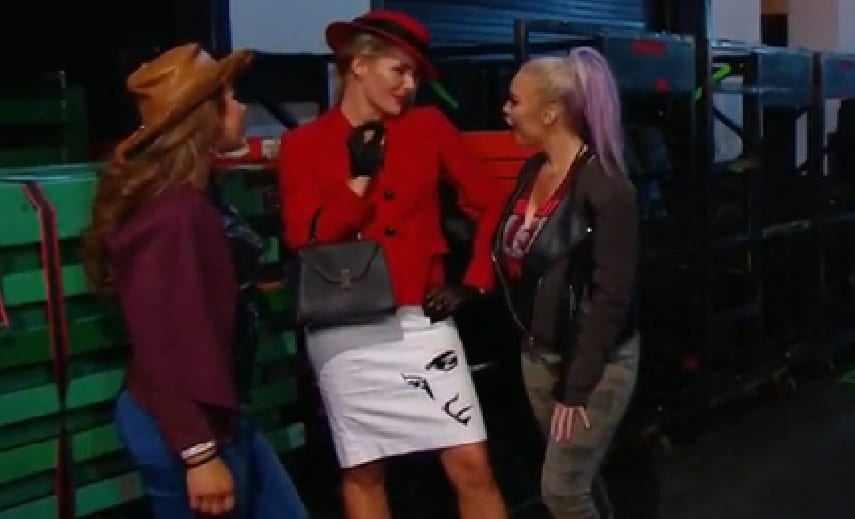 Lacey Evans is one of the six Superstars on their way to the main roster from NXT. She has been working very hard as has everyone, but she could also be a major player given her look and her life story.

The upcoming WWE NXT Superstars are actually going to work for RAW and SmackDown Live for a bit. Michael Cole said this will be a chance for them to show off what they chttps://www.ringsidenews.com/2019/01/14/wwe-nxt-main-roster-call-ups-to-work-both-raw-smackdown-live/an do.

Lacey Evans didn’t wrestle a match in her debut like Nikki Cross did when she made a big surprise. Much like EC3, she was used in a non-speaking role. However, everyone knew who she was and the commentary team pointed her out as Finn Balor walked past Evan on the way to the ring for his match against Jinder Mahal.