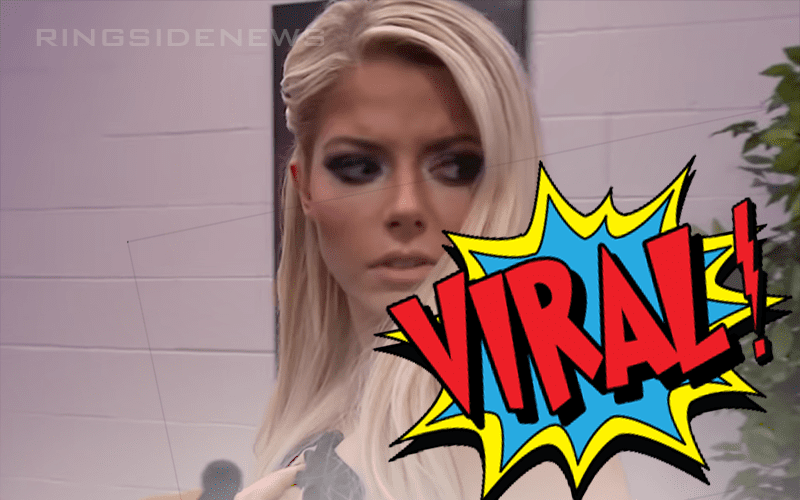 WWE is trying everything they can in order to get people to pay attention to what they’re doing on television. They even resorted to a very scandalous segment on RAW this week with Alexa Bliss.

An intern walked in on Bliss while she was changing. She covered her intimate chest area and it might be tame when compared to the Attitude Era, but in a TV-PG world, it seemed to rock the boat.

WWE had very interesting reasons for booking this segment on RAW this week and you never know if John Cena’s reference to “Ruthless Aggression” later on could have been a sign that the company is looking to digress a little bit back to their old NSFW ways.

One thing is for sure, the Alexa Bliss segment seemed to work because loads of people loved seeing it. Not only was it an incredibly hot article here at Ringside News, but the YouTube video of the segment has officially gone viral as well.

The video has over 1 million views now. This is a very big accomplishment for a YouTube video and the numbers are only rising. You can check out the video below and a screenshot of the views at around 12 hours after WWE posted the video.