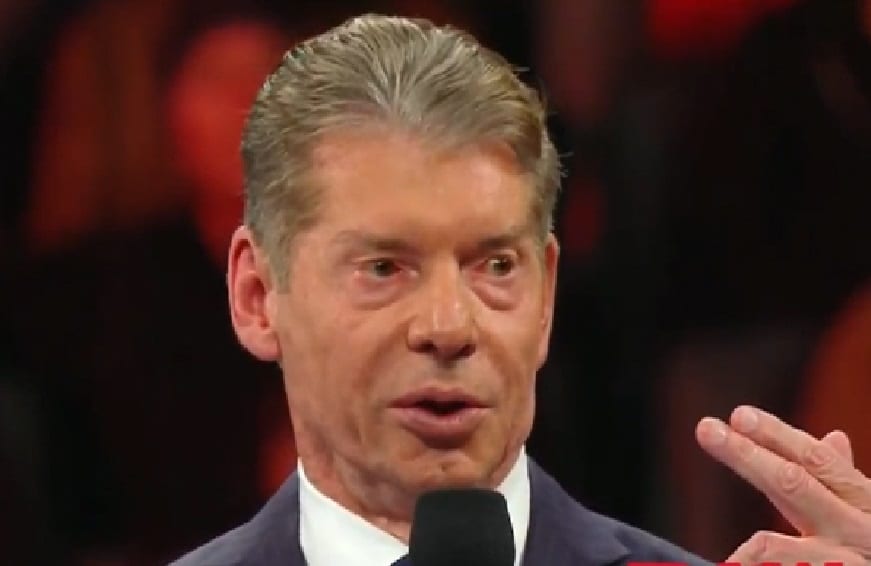 Vince McMahon wanted to shake things up so he opened RAW this week with an announcement that WWE is changing. General managers are now gone which is awful for Paige, but now The McMahons will be running the show.

They also went ahead and jumped the gun on announcing some upcoming NXT Superstars who will soon land on the main roster.

Brad Shepard stated on Oh, You Didn’t Know that although this announcement from Vince made some in the WWE Universe feel confident that a New Era is really coming, apparently, the backstage opinion is that this was just another work from The Chairman.

“So I was talking about Vince’s appearance on TV with a well-placed source in the company and I asked them what their take was on the irony of fans giving Vince a huge babyface reaction upon his return to TV while also complaining about the creative direction of the company which he, of course, is ultimately responsible for. Their response: ‘Yep, Vince knows how to work everybody.'”

Vince McMahon’s ability to put a spin on things is unparalleled at this stage in the game. Nobody can hype an announcement like Vince and then drive it home by delivering on a minuscule level. Hopefully, WWE really will be able to turn things around in 2019 as we’ve heard is the plan. However, they still have a lot of work to do before WWE will win over everyone, including those backstage in the company.