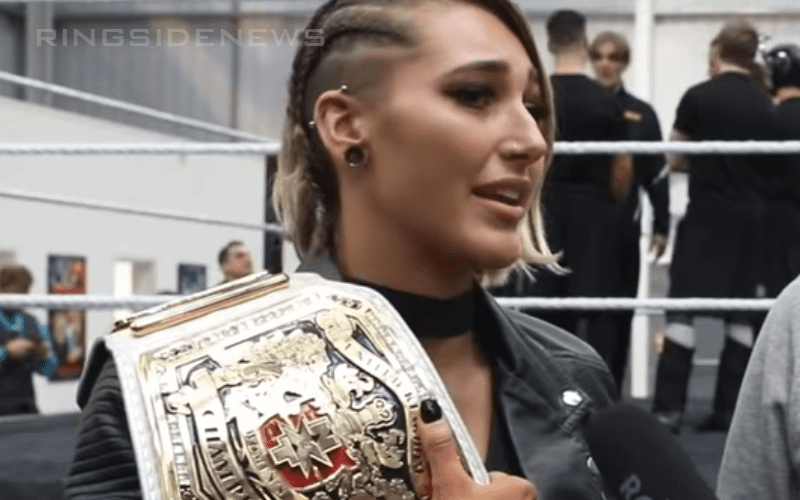 During an interview with Kenny McIntosh of Inside The Ropes, the former NXT UK Women’s Champion in Ripley discussed what her immediate reaction was to what took place during the memorable MYC match against Nox.

According to Ripley- who generally prides herself on displaying a tough exterior, she was heartbroken and was distressed to have seen her fellow competitor in so much pain, but knew the match had to go on. The footage needed to continue, and the fans needed to believe.

Ripley had the following comments on the matter:

“Yeah, that was a very heartbreaking moment for me and for everyone that was involved, everyone that was there. It was just- it was distressing, seeing her in so much pain. But at the same time, the show must go on. So I gotta put the mean face on and keep going, man. “

Ripley was also asked by McIntosh what her favorite moment was as NXT UK Women’s Champion- to which Ripley replied that everything so far has been fantastic for her.

“Everything. Absolutely everything. Being here, seeing everyone. Seeing how far everything here has come- to the first-ever Performance Center in the UK. Just being a part of history. I love it. I love it.”

Are you a fan of Ripley? Did you enjoy her match against Toni Storm at NXT UK TakeOver: Blackpool? Let us know your thoughts, opinions, and reactions in those comments below.