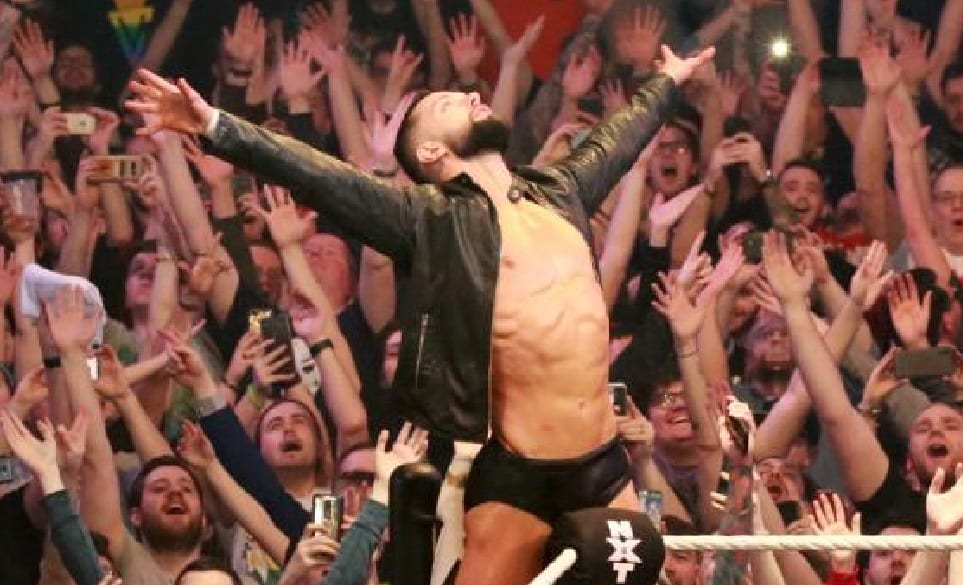 Finn Balor had one of the biggest pops of the night at WWE’s NXT UK TakeOver: Blackpool event. His match was a total surprise and he defeated an old student of his in the process.

Bryan Alvarez noted how great it was to see Finn Balor wrestle in Blackpool. It seemed like he was Prince Devitt once again when the match started. Even though Alvarez noted on Wrestling Observer Live that Balor is in for a big push, it’s doubtful we will see that kind of intensity out of Balor for a long time.

“He’s gonna get a big push because there are things in the works for Finn Balor, but I don’t think he’ll ever be that Finn Balor again on the main roster. I could be wrong, but he was a totally different guy last night. It was awesome.”

Hopefully, Alvarez is wrong and this Monday sees a rejuvenated Balor after Vince McMahon saw the kind of reception he received at NXT UK TakeOver: Blackpool. Because we know Vince was watching the event. You never know what can happen in WWE, but apparently, Finn Balor fans at least have a push to look forward to.