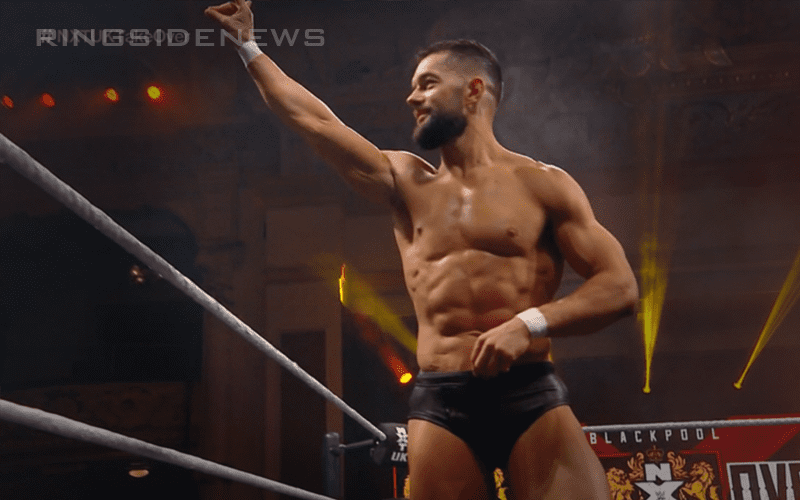 Finn Balor is from the United Kingdom wrestling scene and he left a lot of his friends in the UK as well. This is why it was so great when he could make the trip to the United Kingdom for the launch of the WWE International Performance Center.

Since he was around, WWE booked him for a match and the reception he received was insane.

We have full live results of NXT UK TakeOver: Blackpool as well and you can get those here.

Jordan Devlin thought he was going to get away with not having a match after he jumped Travis Banks before the bell even rang. However, NXT UK General Manager Johnny Saint came out and announced that they had an idea he would try and pull something like this… so they had a plan B.

This is when Finn Balor made his entrance.

Balor trained Devlin so this match had some history. It was certainly a huge treat for the UK crowd who were already incredibly pumped already.

In the end, Finn Balor defeated his former student with a Coup De Gras and a clean pinfall. You have to wonder how Balor is going to be able to top this amazing start for his 2019.