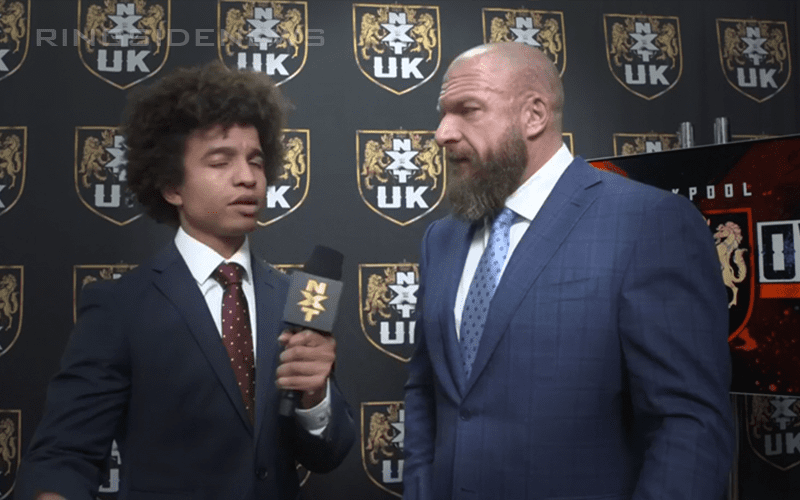 NXT UK TakeOver: Blackpool delivered on many levels. If you would like the full results you can get those here.

We saw two new championscrowned and the crowd was with the action throughout the entire night. Their chants were amazing and inventive, but Triple H didn’t want to talk about one of them.

During the NXT UK TakeOver: Blackpool post-show interview on WWE’s Facebook page, Triple H was asked about a chant the Blackpool crowd had for Vince McMahon.

“Are you watching Vince McMahon,” was the chant. However, when Triple H was asked about this chant, he no-sold the question. He asked the commentator if he wanted to keep his job as well.

That chant might not be one that The Game wants to catch on. Because it’s not always a good thing to have Vince McMahon watching what you do. Just ask Velveteen Dream