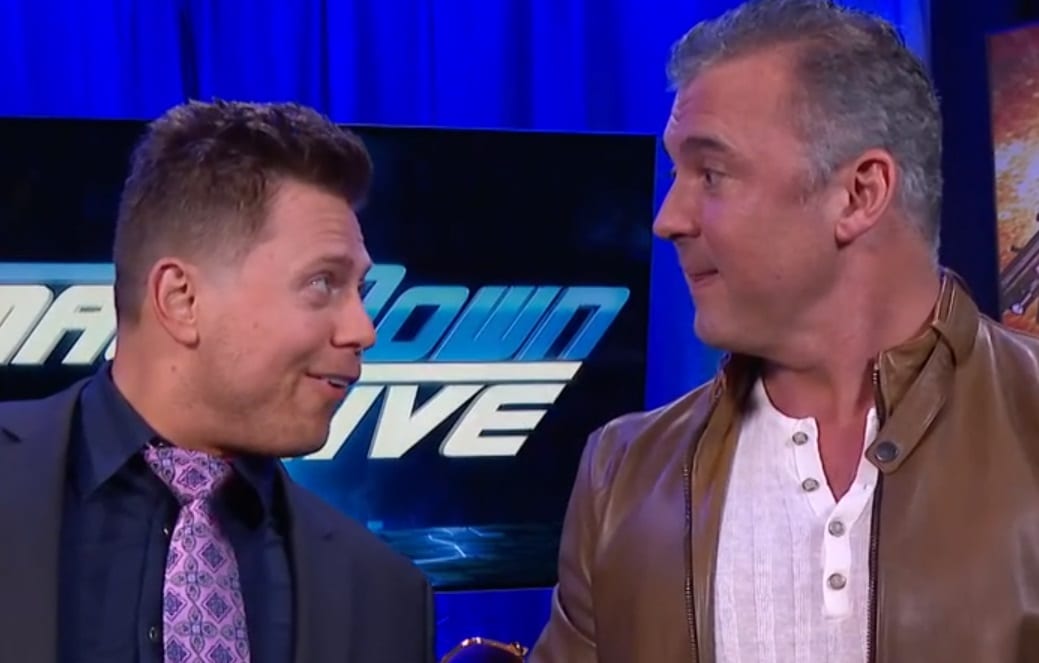 Shane McMahon has been dealing with The Miz ever since he ran down and captured the Best In The World trophy at the WWE Crown Jewel event. Since The Miz won most of the way through the WWE World Cup tournament, he considers that trophy mostly his.

Now Miz and McMahon are “best friends” on television. They are also booked for a SmackDown Tag Team Title match at WWE Royal Rumble. Let’s just see if they’ll be able to topple Bobby Rodde and Chad Gable in Phoenix Arizona’s Chase Field.

Next week is going to be a big SmackDown if The A-Lister has anything to say about it. Because it’s Shane McMahon’s birthday.

“Make sure to tune in this Tuesday on #SDLive as yours truly hosts the best birthday bash in the world for my bestie @shanemcmahon…it’s gonna be AWESOME!”

Tuesday is actually Shane’s birthday too… he will be 49-years-old.

Let’s just see what The Miz has in store to hopefully help Shane McMahon forget that next year he will be fifty.