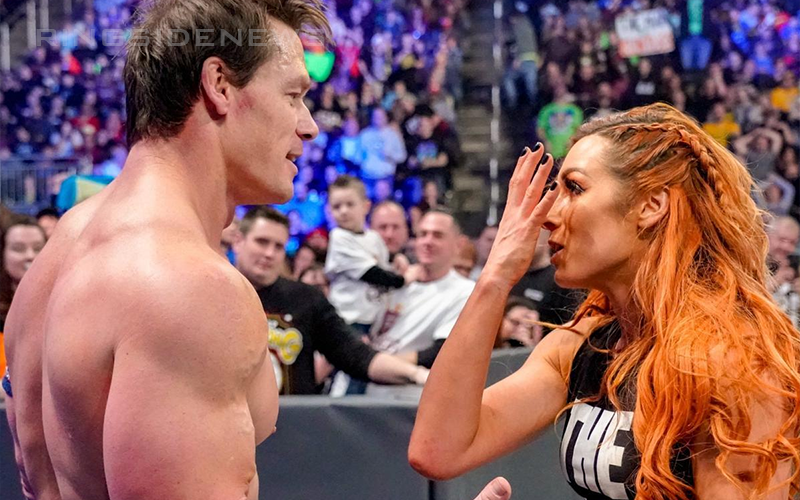 WWE doesn’t hold intergender matches where females take bumps, but you never know what could happen when you’re talking about Becky Lynch. During SmackDown Live’s New Year’s Day episode, WWE booked a pretty interesting segment and now they’re teasing something that could be even bigger.

Becky Lynch came down and The Man got in John Cena’s face during SmackDown. For a bit, it seemed as if the two were going to throw down, but then Andrade Cien Almas and Zelina Vega had to ruin it.

WWE recently sent out a social media message with a Cena vs Lynch graphic. “Never say never,” read the text with the image. Lynch has been keeping up the teasing for Cena so you never know what could happen.

This is a pretty epic tease and if they actually let it happen, there is no telling how big of a match this could be in WWE History.