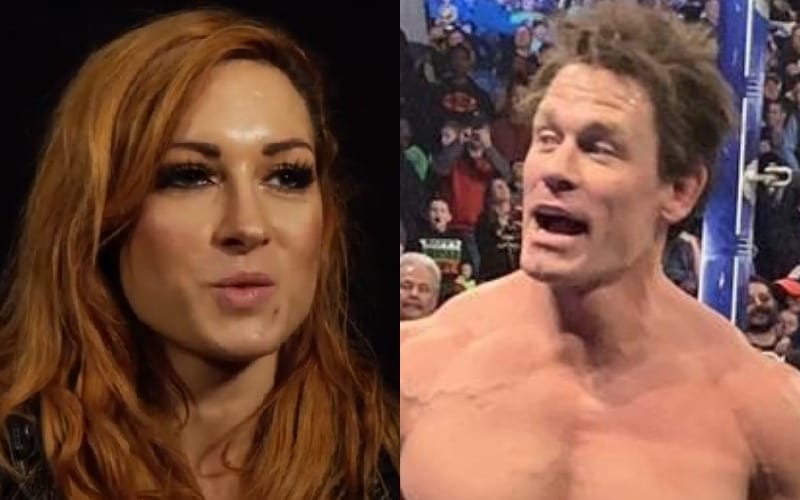 Becky Lynch as her target set on whoever she wants at this point. We will not spoil what is going to happen tomorrow on SmackDown Live, but you can check out the full spoilers here.

John Cena is one of the biggest names WWE has ever churned out and people have famously needed to go through him first. While WWE might frown on intergender wrestling, it seems like Becky Lynch might have no problem taking on the 16x Champ.

Cena’s hair has become quite a talking point as he let it grow out making people forget he kept it so short for over ten years. In the process, he might have ruined childhoods.

When one fan tweeted out that Cena looks like Foghorn Leghorn, nobody expected for the official Looney Tunes account to reply, but they sure did.

Becky Lynch was quick to retweet the verified dig at John Cena’s hair from the beloved cartoon company. It just goes to show that even though we can’t see John Cena, we can certainly see his hair.