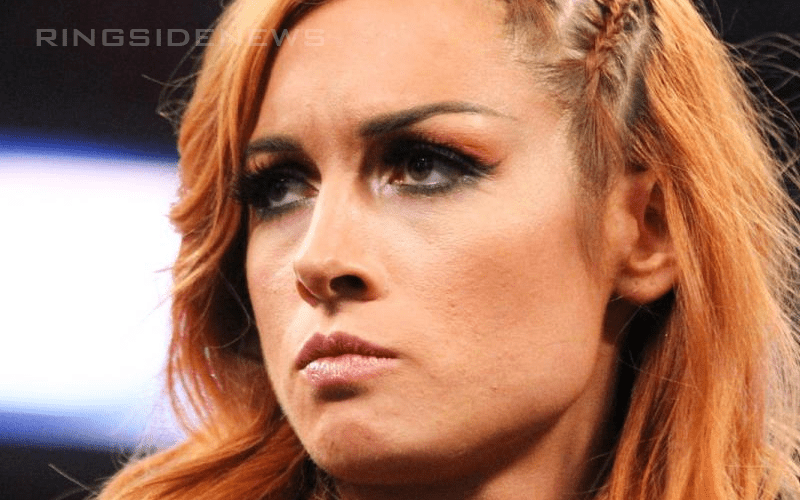 Becky Lynch is The Man and she’s ready to line up any top name so she can slap their heads off. Also, this article is a huge spoiler so if you’d like to know what happens you can keep reading.

We have full New Year’s Day SmackDown spoilers here too.

Becky Lynch came to the ring during the New Year’s Day SmackDown Live to confront John Cena. She said that she wasn’t going to just take Charlotte Flair off of the posters because she’s going to take Cena off of them now.

Then Lynch threw some shade at Cena’s breakup with Nikki Bella. You can see of that great burn below.

Nothing resulted between the two of them. Some people were tweeting that they are destined for a WrestleMania match, but that wasn’t booked. The two ended up teaming against Andrade Cien Almas and Zelina Vega.

The Man did apparently get the win after shoving Cena out of the ring though.