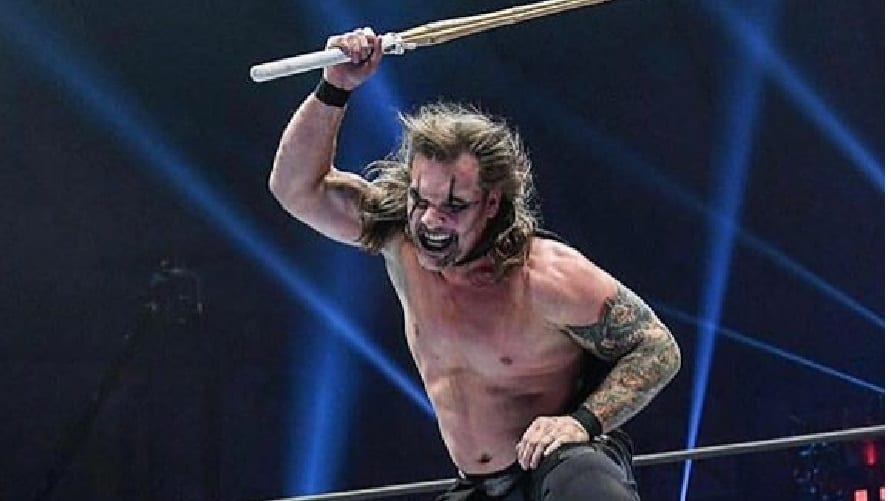 Chris Jericho walked into the Tokyo Dome as IWGP Intercontinental Champion. He lost that title to Tetsuya Naito at Wrestle Kingdom 13, but at least he got his own dressing room.

Y2J uploaded a picture of himself standing in front of a door that says, “Mr. Chris Jericho” on it. It is a rather polite sign, but it wasn’t very expensive as Jericho noted.

“Was such an honor to have my own dressing room at #WrestleKingdom13…with a sign where expenses were obviously no object.”

You never know when Chris Jericho might show back up in New Japan Pro Wrestling. He said that he isn’t done with them yet and laid down a pretty big challenge. Maybe next time they will spring for a printer so Jericho’s dressing room won’t need a hand-written sign