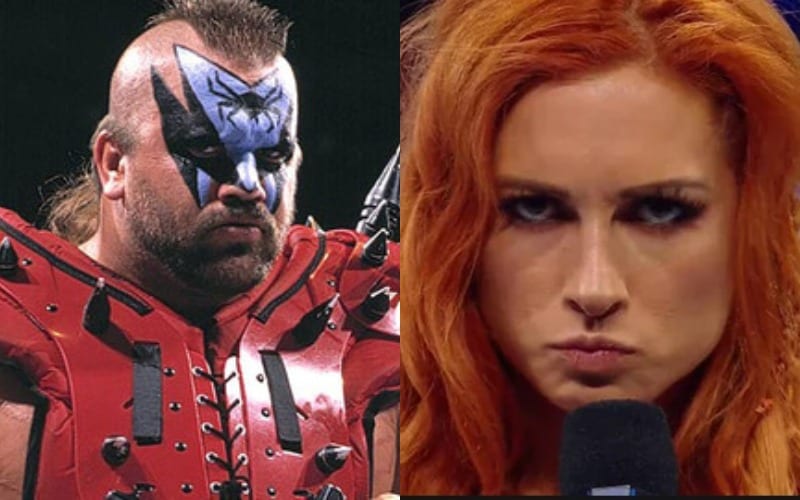 Becky Lynch is The Man and she has a ton of fans who would agree with that. Road Warrior Animal is not one of those fans.

The WWE Hall Of Famer recently fired a shot at Becky Lynch for calling herself the man. She didn’t like that very much so she insinuated that Animal never thinks.

This sparked a return from Animal during his What A Rush podcast. During this response, he talked about the number of titles she’s won vs Animal’s collection. He also said that The Man takes herself too ly as well and needs to realize that other people are entitled to their opinions.

“If Becky Lynch is going to try to even have a comeback against a multi-time Hall Of Famer and what I’ve done in this business – she’s won one belt in her life, and that’s the WWE belt. Hawk and I won 22 different championships in 22 different companies, come on. I’ve wrestled people all over this world, not just in WWE. I’m not putting down Becky, but when you get the kind of stroke that I’ve had in this business and when you’ve laid the kind of foundation that I have for her even to have a job today, then you can call someone out. I’m not trying to be derogatory right now, but I’m just trying to be blunt honest.”

“Basically she just needs to get over herself and realize that this is the entertainment business. People are gonna have an opinion; good bad, indifferent, medium, down the line, whatever and I gave her more compliments than I did negative. If she just wants to pull out the little negative thing and let the positive things go by the wayside. That’s exactly how I feel about it…If someone wants to hang her hat on one little comment, as compared to ten positives, I rest my case. They are thinking about their own ego, rather than the big picture. If I were to be so worried about anything that anyone said about Hawk & I in our day – are you kidding me? I would have jumped off the fricking Missouri River Highway in St. Louis years ago, if I would have been worried about anything negative anyone ever said about us.”

Whether you agree with Animal or not is another story. The fact is that he is very famous for being a legendary wrestler. Perhaps Becky Lynch will achieve legendary status eventually, but in the meantime, Animal would prefer if she would calm down a bit.

Thanks to Wrestle Zone for the quotes