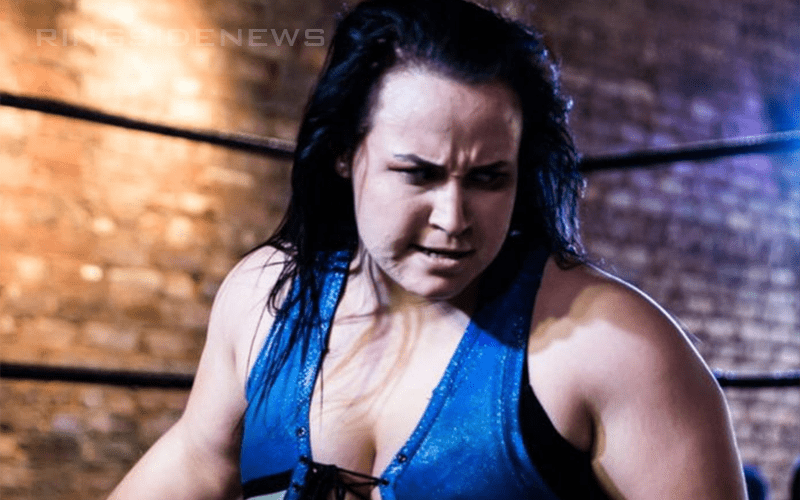 Toni Storm became the most recent victim of having her personal photos and a video leak online. We have covered these events, but we do not condone them at Ringside News.

#WeSupportToni has gone viral with plenty of people commenting. Paige had a great response and so did Renee Young as they rallied behind Storm. Mauro Ranallo was also sickened by what happened to the winner of the 2018 Mae Young Classic.

Still, some fans just love to stir the pot. Someone commented saying:

“Looking forward to a Jordynne Grace leak. hopefully not with that dwarf of a husband

It should be noted that this fan did not mention Grace in this tweet, but she obviously saw it anyway. The Impact Wrestling Knockout and current Progress Women’s Champion replied saying:

“yeah, you probably couldn’t handle the fact that he’s big in all the right places.”

It sounds like Jordynne Grace is pretty confident. In case you’re wondering, isn’t single and was recently engaged to ROH star Jonathan Gresham. So you can stop blowing up her DMs.