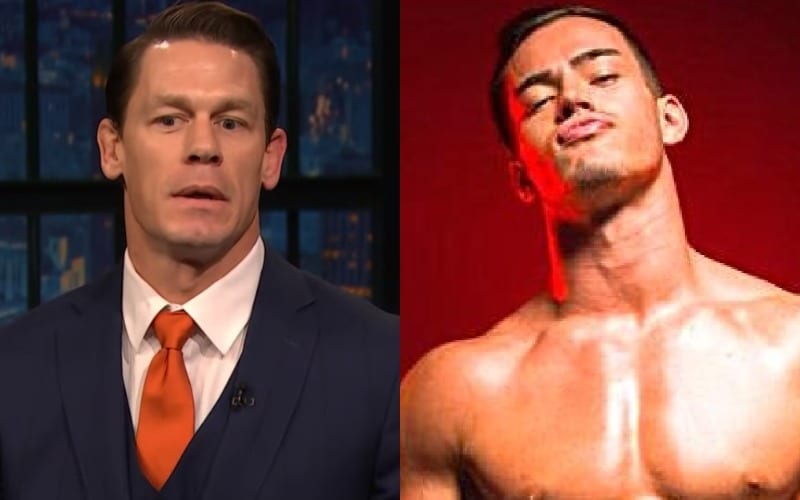 John Cena isn’t seen in WWE much anymore even though he’s making a return in one way or another. Austin Theory is young and the EVOLVE Champion looking to do big things. So he’s been calling out the 16x World Champion.

Austin Theory cut a promo encouraging Cena to pass the torch to him and he seemed very confident about it. Then came a second challenge online for all to see.

By posting a picture of Austin Theory, Cena was able really to say a lot with no words needed at all. Cena obviously sees Austin Theory even if they aren’t able to make a match happen. If they could figure out a chance for them to wrestle, this recent development really makes that seem much more likely.