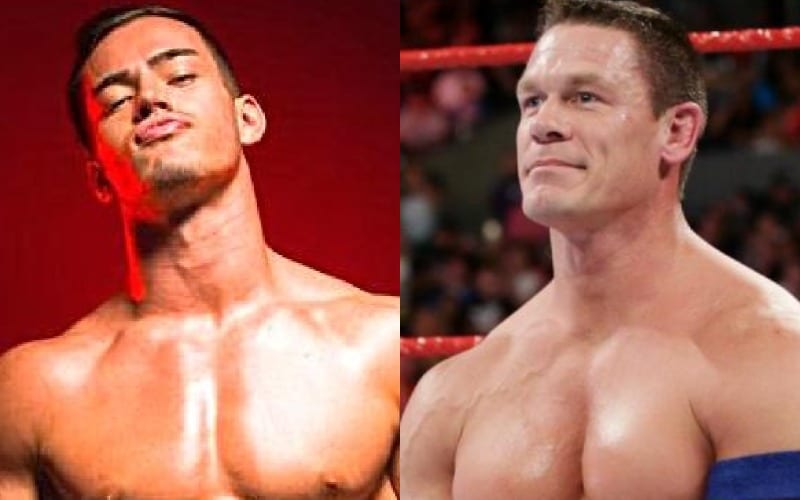 John Cena isn’t wrestling much anymore because of his Hollywood career and all the money attached to his name. Austin Theory is young, hungry, and he intends on remaining the EVOLVE Champion until he walks into a TakeOver. He also wants Cena to pass the torch to him.

Theory won the EVOLVE Championship in impressive fashion recently and he’s looking to make a big mark in the business. He recently called out John Cena in a big way and so far, Cena has yet to respond.

It’s not likely that John Cena will answer Theory’s challenges, but wilder things have happened in pro wrestling.