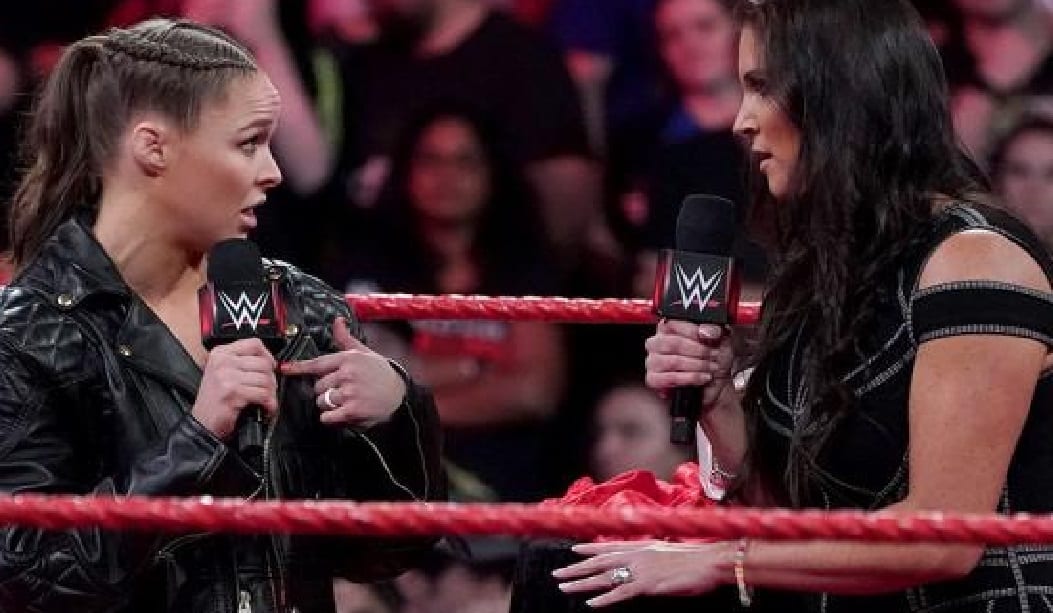 Stephanie McMahon was one of the first villains that Ronda Rousey had to defeat in WWE. McMahon and her husband Triple H faced Rousey and Kurt Angle at WrestleMania in a match that saw the babyfaces win. This started an undefeated streak for Rousey that is still intact.in WWE

Ronda Rousey recently took some time on her farm to answer a question about her current relationship with Stephanie McMahon. This was, of course, after Ronda dressed her goats up for the Holidays.

She said that although there are still differences there, Rousey doesn’t think that Stephanie was trying to screw her over by setting up a situation where Natalya would be Rousey’s opponent during the Christmas Eve episode of RAW.

(By the way, if you want the Christmas Eve RAW results click here — Click here for Christmas Day SmackDown)

“Me and Stephanie we have our history. I think we both have similar goals. Evolution was a  good showing of mutual respect between the two of us and you know really we have our personal difference but we’re aiming toward the same thing. So I think that the eight-woman gauntlet match was a great idea and it gave the women a really prominent role on the card that night and a lot of time and they really got to showcase what they can bring out there.”

“I thought it was a good decision. I’m not the least bit surprised that Nattie won and I think that she’s deserving of a title show.”

Ronda Rousey and Stephanie McMahon’s feud might have cooled down, but there is still something there. Perhaps we’ll see Stephanie step in Rousey’s way in the future. For now, it seems like Rousey is supportive of McMahon’s decision during this New Era in WWE.