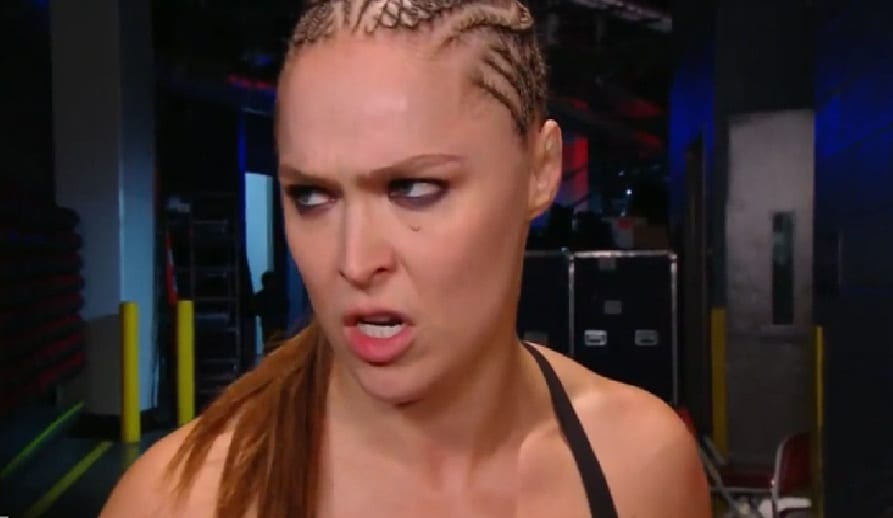 Ronda Rousey lost in the Octagon before, but those defeats were never planned in advance. Pro wrestling, of course, is predetermined, therefore it gives them more of an opportunity to have control of things. But it doesn’t make things any easier, especially when someone gets a notable undefeated streak under their belt.

WWE ended Asuka’s massive undefeated streak at WrestleMania last year and after she submitted to Charlotte Flair, essentially, it took until this point to get Asuka back into a position where she is a legitimate contender for the title since she’s in a SmackDown Women’s Title match at TLC.

Drew McIntyre’s undefeated streak was demolished on Raw this week and then in the same show, Drake Maverick started a mini-streak of his own. But as Dave Meltzer discussed on Wrestling Observer Radio, WWE doesn’t really like undefeated streaks, therefore Ronda Rousey’s time as an unbeaten Superstar is likely planning to come to an end as well.

“They like to make sure that nobody has unbeaten streaks or anything like that. They try to get rid of those. I’m trying to figure out how they’re gonna get rid of the Ronda Rousey one. I think they’re sitting here plotting, God… as long as it’s not Nia Jax.”

Only time will tell how WWE ends up getting rid of Ronda Rousey’s undefeated streak, but they could just pull a Goldberg and let Tamina Snuka hit her with a cattle prod at TLC. It would be an insane moment to draw heat and also give WWE a lot more options when booking Rousey’s proposed WrestleMania match where her two most likely opponents are on a different brand.

But you never know what can happen in WWE or how they’ll book someone longterm. Therefore, it might be a good idea to pay extra close attention when you feel the finish coming during Ronda Rousey’s matches because a loss could be coming for the Rowdy One when we least expect it.