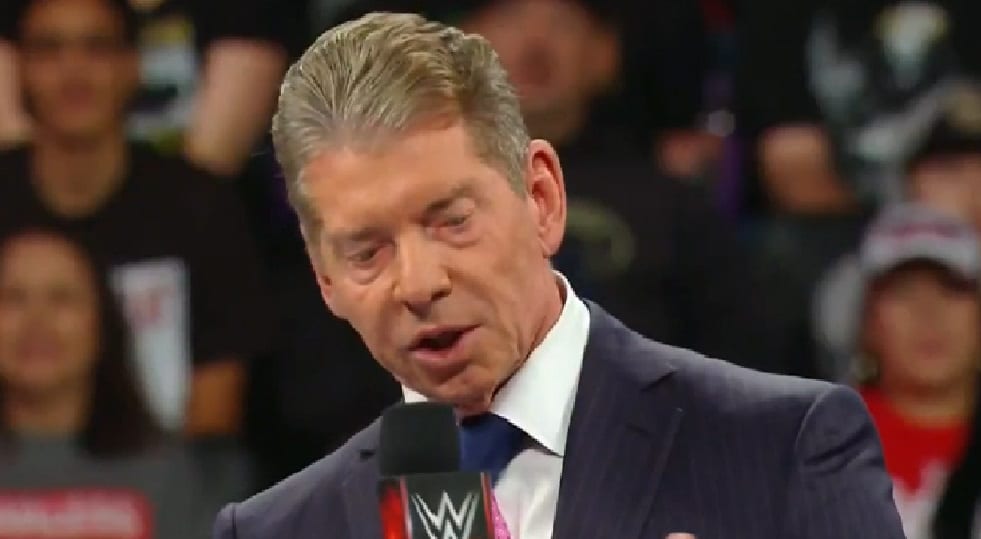 WWE RAW started off this week with Vince McMahon coming out to address the WWE Universe. Vince said he’s been trying to figure out what’s wrong with RAW himself.

Vince said RAW has been on the air for 25 years because they change with the times. “Despite one man’s brilliance, despite one man’s creativity, one man’s vision I can’t do it all by myself anymore that’s for sure..”

Then he brought out Stephanie McMahon, his daughter and Commissioner of RAW… they paused and out came Triple H in a full suit because he was in business mode. Then they all paused once again and brought out Shane McMahon.

Stephanie McMahon said they’re out there because they haven’t been doing a very good job lately. They haven’t been listening to their audience and all of that is going to change. She said that starts tonight and they’re off to a fresh start.

Triple H said the days of absentee management is over and the four of them will be taking over RAW and SmackDown Live. Shane said that everyone is responsible for providing the best product possible. Triple H said they’re going to give fans what they want. Something new, something fresh. He said in the next few weeks we will see new Superstars, new matchups, and now the fans are The Authority.

Vince McMahon then said that as long as they live up to that promise WWE will live on then, now, and forever.