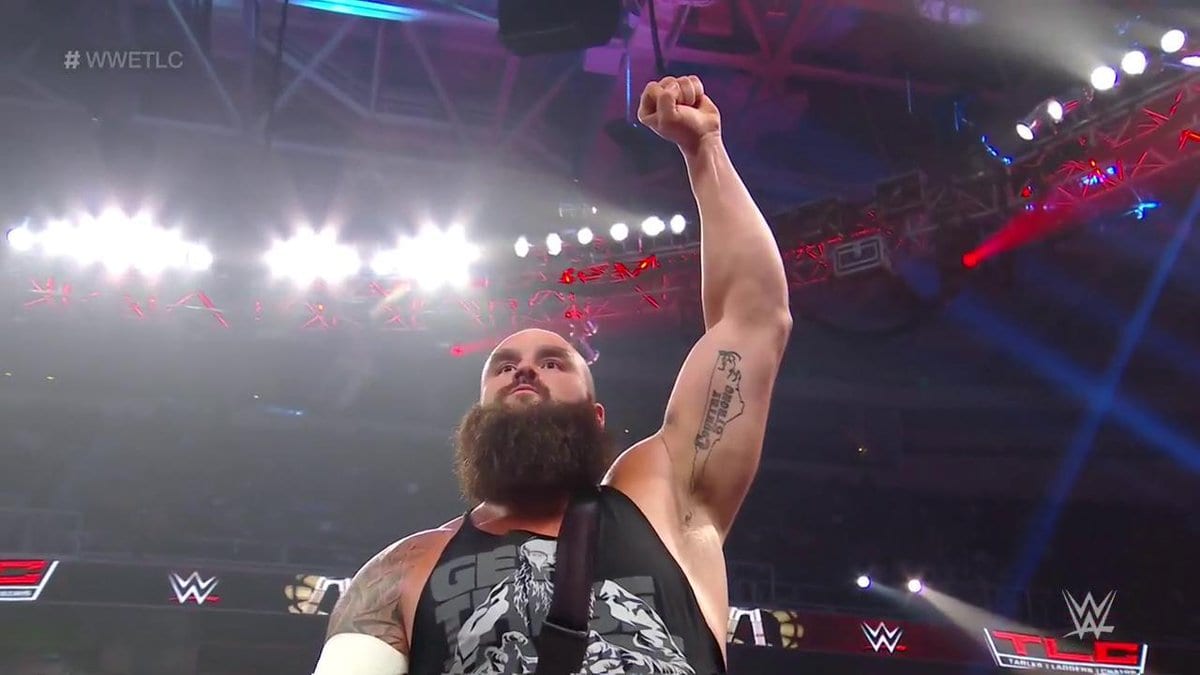 Braun Strowman came out at WWE TLC and really surprised Baron Corbin. Strowman won the TLC match against the Acting RAW GM without even getting his hands dirty. He still removed Corbin from power in the process and it was a great babyface moment.

Although Strowman was able to show up at WWE TLC, he wasn’t 100% ready to go. In fact, it might still be some time before he’s able to actually come back.

“I mean I don’t think he’s going to be back for a couple more weeks,” Dave Meltzer said on Wrestling Observer Radio concerning Braun Strowman’s current injury status. “Judging from how they wouldn’t even let him do a powerslam.”

Strowman might not need to get physical any time soon anyway because he’s already booked in the match that he wanted at the Royal Rumble so he should be a happy monster for now.