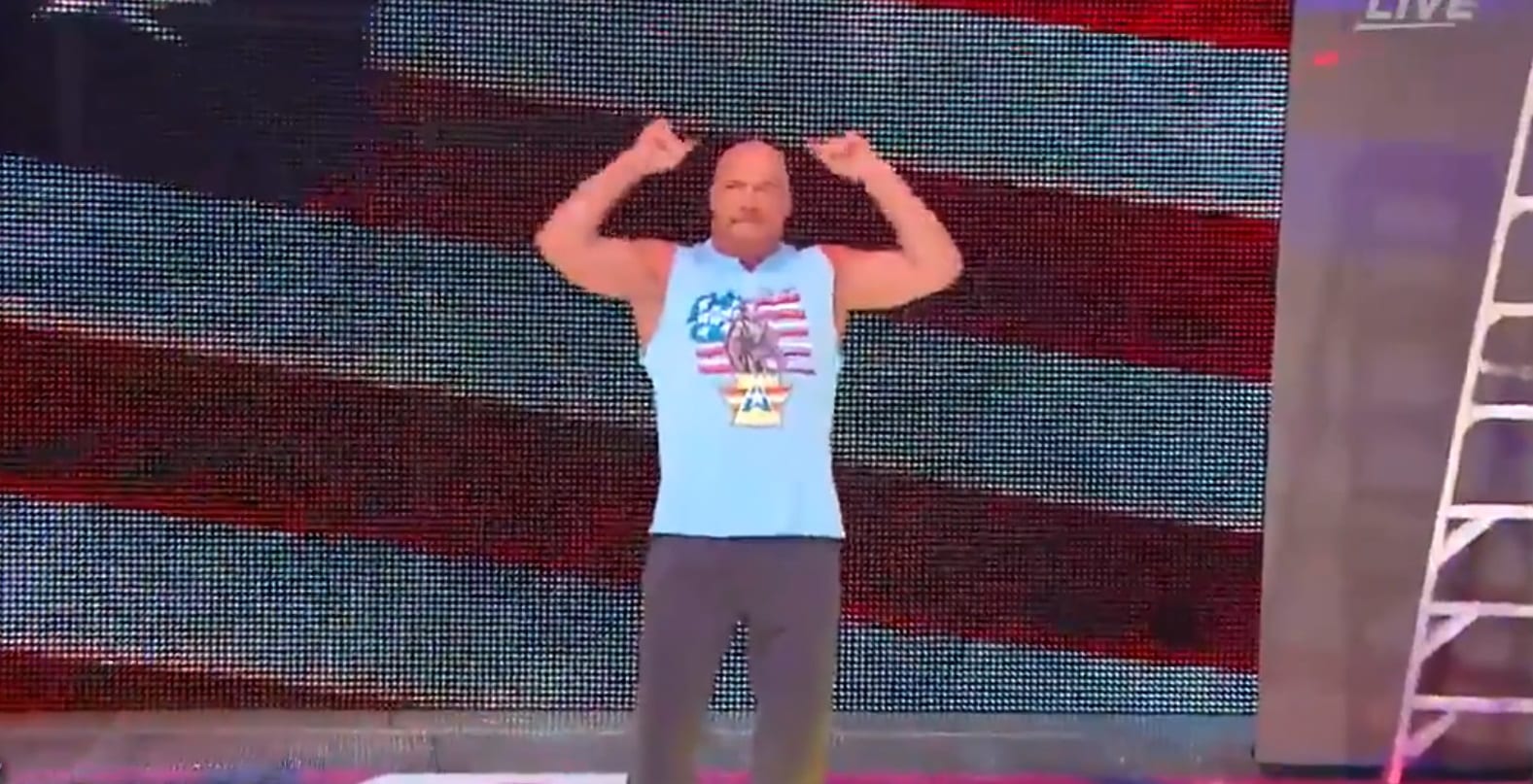 Heath Slater walked out and was the sad-looking referee for this match. Baron Corbin came out next and started talking like he was going to win the match via count-out because Braun Strowman wasn’t showing up.

Then Heath Slater started to count. The One Man Band referee got all the way to seven before Braun Strowman walked out with his arm in a sling.

Strowman got on the microphone and said that a TLC match is a no DQ match so anyone who was looking to put a hurting on the RAW GM could do so. Suddenly, Apollo Crews, Bobby Roode, Chad Gable, and Finn Balor were all there with steel chairs.

Heath Slater took off his referee shirt and clotheslined Corbin to get a huge pop from the San Jose crowd. Then Corbin took some chair shots and started to leave before Kurt Angle’s music hit and the Olympic Hero walked out to lay down some stiff chair shots.

Corbin went to the ring due to the chair shots and took finishers from several people before getting hit with an Angle Slam and then Balor nailed a Coup De Gras.

Slater put his referee shirt back on as Strowman covered Baron Corbin with one foot for the win.

Now Baron Corbin is no longer the General Manager of RAW. Also, Strowman’s match against Brock Lesnar at Royal Rumble for the Universal Title is now set.

#RAW Superstars, referees, and even a @WWE Hall of Famer have A LOT of aggression to take out on @BaronCorbinWWE tonight! @BraunStrowman #WWETLC pic.twitter.com/inqjIs8iid