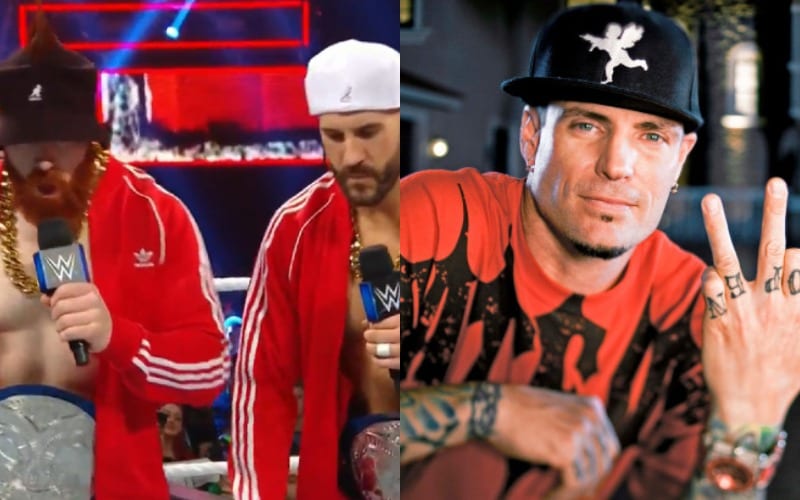 WWE’s go-home show to their TLC pay-per-view included a pretty entertaining rap battle between The Bar and The Usos. They traded insults over music playing, so it was considered a rap battle.

The Bar paid homage to John Cena’s Thuganomics character with their attire, but they also threw another great reference out there as well.

Vanilla Ice became famous during his day for “Ice, Ice, Baby” and The Bar had their own take on the classic rap song with “Ice, Ice, Sheamy.”

“This is so bad it’s awesome. Love it,” Vanilla Ice tweeted out this morning when he saw Sheamus and Cesaro’s version of his song. It’s good to know he has a sense of humor about things because he once took that video out with a baseball bat on MTV (yes, you can see that video below).

This is so bad it’s awesome. Love it