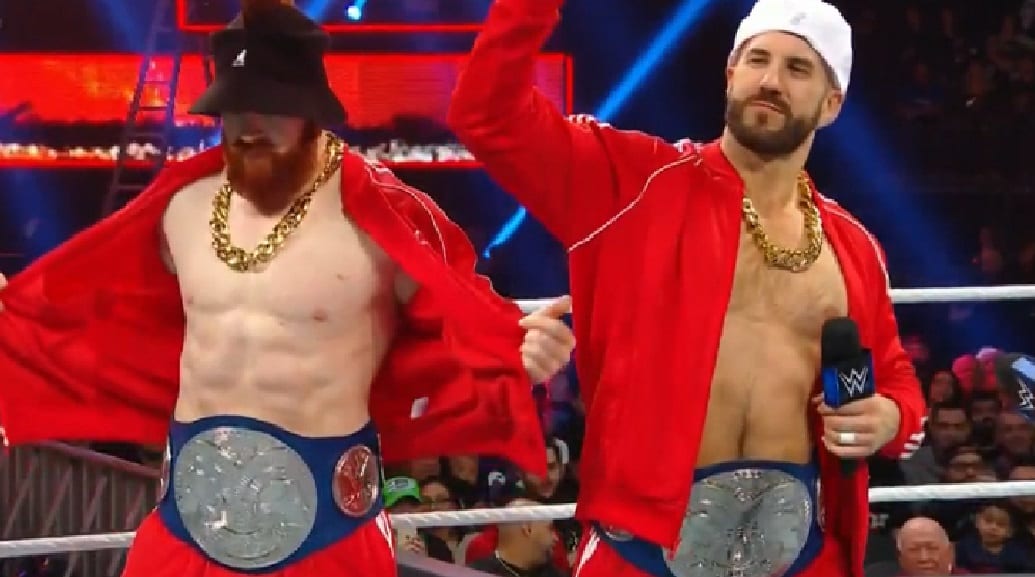 SmackDown Live featured a rap battle this week between The Usos and The Bar this week. While Cesaro and Sheamus had their own Ice, Ice Baby parody all ready, their attire was certainly familiar as well.

In case you were wondering, yes, Sheamus and Cesaro were dressed up as Thuganomics John Cena for a reason. The Celtic Warrior even made it pretty much official as he tweeted out a picture of the two of them with the caption: “#BARanomics.”

Cena’s first gimmick wasn’t the Thuganomics persona, in fact, he was a robot. The Bar thought a Prototype impression wouldn’t fit here. Therefore, they went with one that was certainly more appropriate.