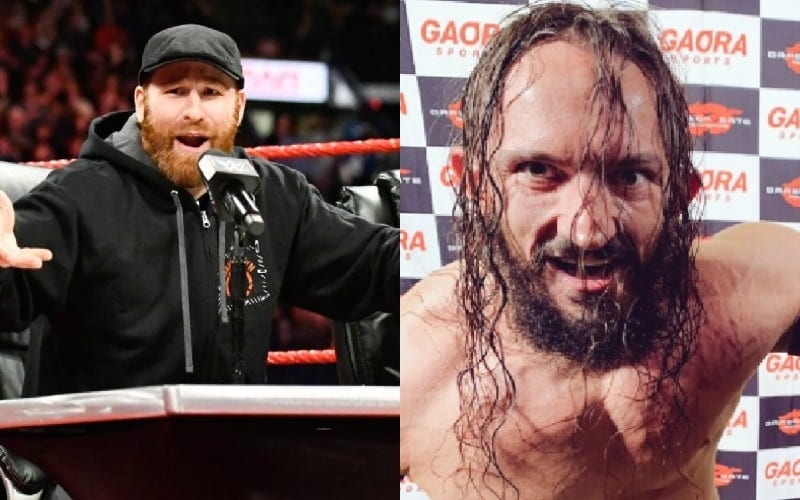 Neville didn’t wrestle after leaving WWE because he legally wasn’t allowed to. Now he’s out of his WWE contract and ready to go. He’s off to a pretty great start too because he recently picked up the top title in Dragon Gate Pro Wrestling.

Now known as Pac as he proclaims that “King Is Dead” as his Twitter name referencing his King Of The Cruiserweights moniker in WWE. He is pretty proud of what he’s been able to pull off so far.

Sami Zayn is currently out of action after needing two shoulder surgeries. Hopefully, he’ll be back in early 2019, but he’s still very active on social media. When Zayn saw his former co-worker’s tweet, he commented saying: “A great bastard indeed.”

Obviously, Sami Zayn is happy for Pac as he continues in the pro wrestling world away from WWE.

Sometimes I even surprise myself!!#FEARTHEBASTARD

You can watch highlights from Pac’s title win in Dragon Gate below to see what he’s so proud of.