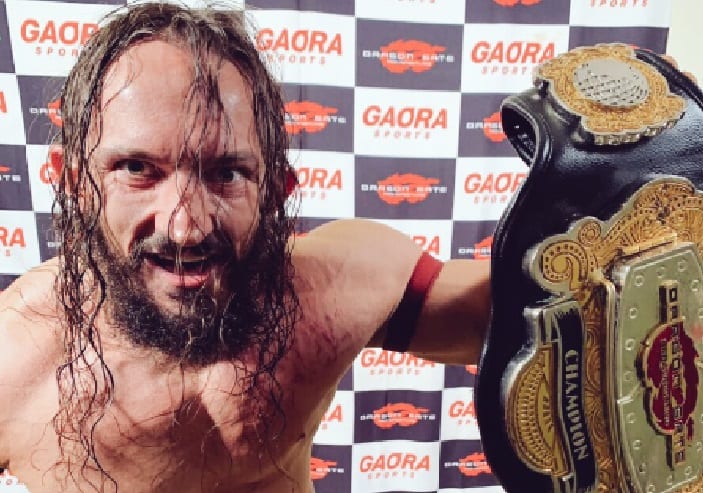 Neville left WWE and didn’t look back. He did say that he was banished from pro wrestling, but that didn’t stop him from returning home to Dragongate Pro Wrestling as Pac once again. With a mean heel persona, he has proven in the short time since his return that he is to be taken seriously. Now Pac is the new Open the Dream Gate Champion.

Pac defeated Masato Yoshino in the main event in Tokyo’s Korakuen Hall. After the match he took time for some much-deserved celebration, to say the least.

Since departing from WWE, Pac is in even better shape and he was already pretty jacked. Now he has a little bit more weight to carry around as the new top champion in Dragongate Pro Wrestling.

This is a great thing to see and could possibly give some hope to guys in WWE who might not be in the right circumstances when it comes to their spot on the card at the present moment. At least things seem to be working out very well for Pac.