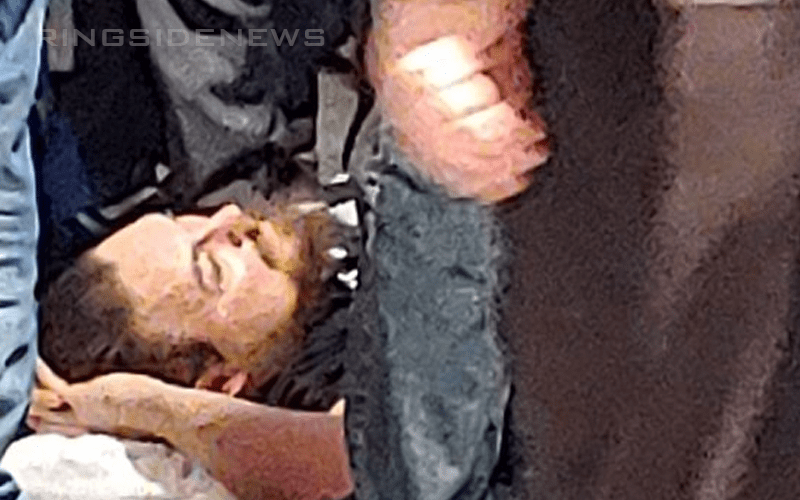 Big Cass suffered a seizure at the House Of Hardcore show on Saturday night, but he was immediately taken care of. He was sent to the hospital to make sure everything is going to be okay. We now have even more information about this scary situation.

When Big Cass went down, EMTs were assisting him almost immediately. Tommy Dreamer and Bully Ray stayed by his side the entire time until he became responsive and then they remained very close to him to make sure he was okay.

It was said that when Cass went down, he fell right on his face. For anyone thinking this is a work, you are very incorrect.

Big Cass was able to stand up and walk out of the building. It was said that Cass was noticeably bigger than he was during his WWE run, but we previously reported that weeks ago.

Fightful reports that Cass was set to enter some kind of a program to “help straighten him up.” Tommy Dreamer did make a point to say that Cass’ seizure was not drug-related at all during the speech he gave to the crowd following intermission.

We are sending nothing but good vibes to Big Cass during this time.

Scary moment going down at the #HouseofHardcore event in Philly right now as former WWE Star Big Cass collapses in the lobby. Doctor attending to him now.

Tommy Dreamer and Bubba Ray Dudley are by his side. He looks responsive. Scary stuff.

Ambulance has arrived. Cass still on his back, but again he looks responsive.

That was scary. It was intermission at the show, the lobby was packed with people checking out the merch tables. Cass went right down into his face. Fans immediately stepped back to give him room. Doc was called. Kind of chaotic. Dreamer was right by his side.