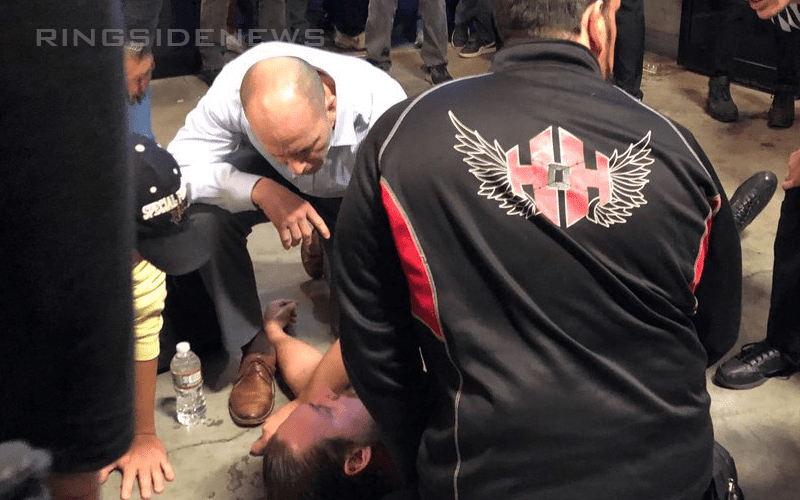 Big Cass suffered a seizure during the intermission at Saturday night’s House Of Hardcore show in the old ECW arena. He didn’t even get to wrestle yet, but he went down with a seizure and he was immediately tended to.

As you can see from the photo below, EMTs were able to help Big Cass out as he dealt with this scary ordeal. He was taken to a local hospital to more of a checkup afterward.

Tommy Dreamer addressed the crowd after intermission where he dispelled any idea that Big Cass’ seizure was drug-related. It was not drug-related as Tommy promised that he was with Big Cass all day. Dreamer did disclose that Cass was dealing with some other things.

Our best wishes go out to Big Cass. Hopefully, he will be able to take care of himself so he won’t have any more scary situations like this happen again. 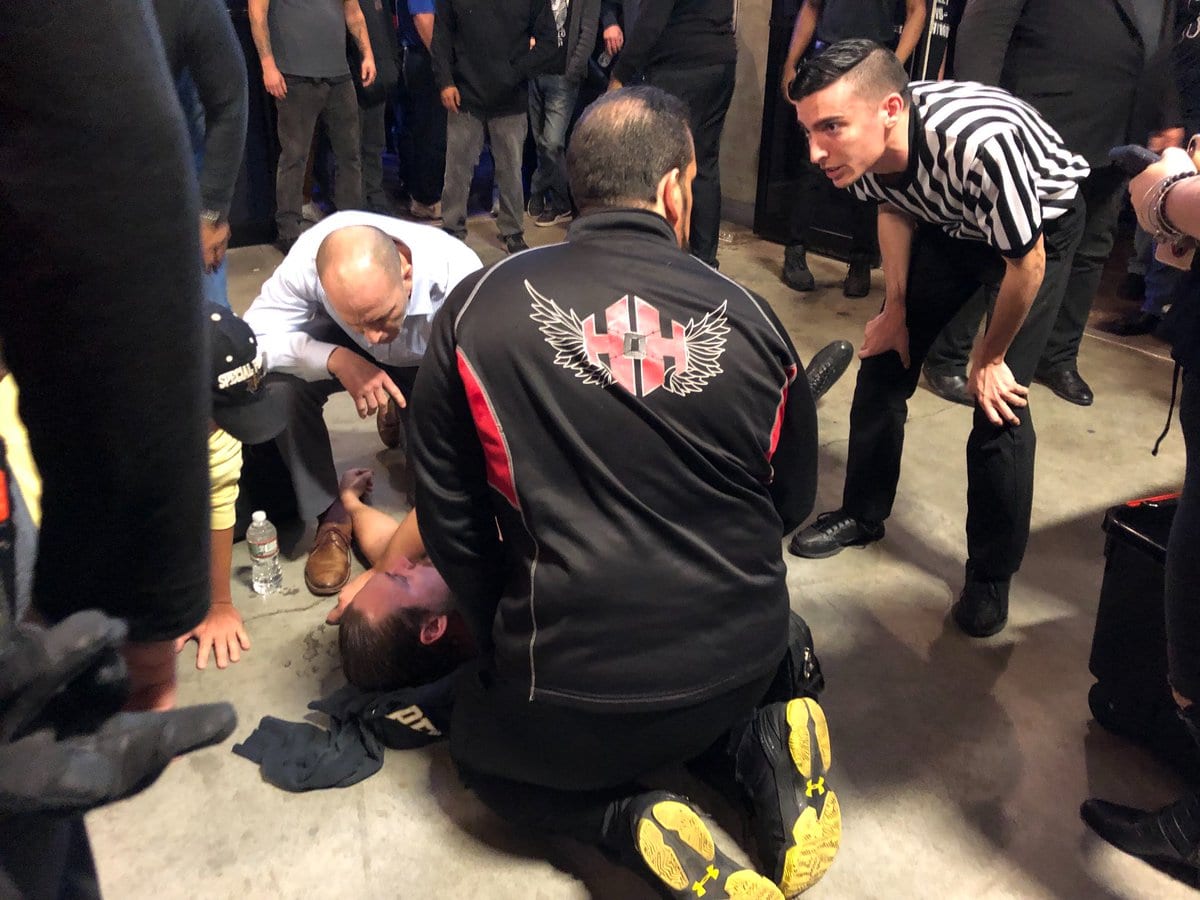 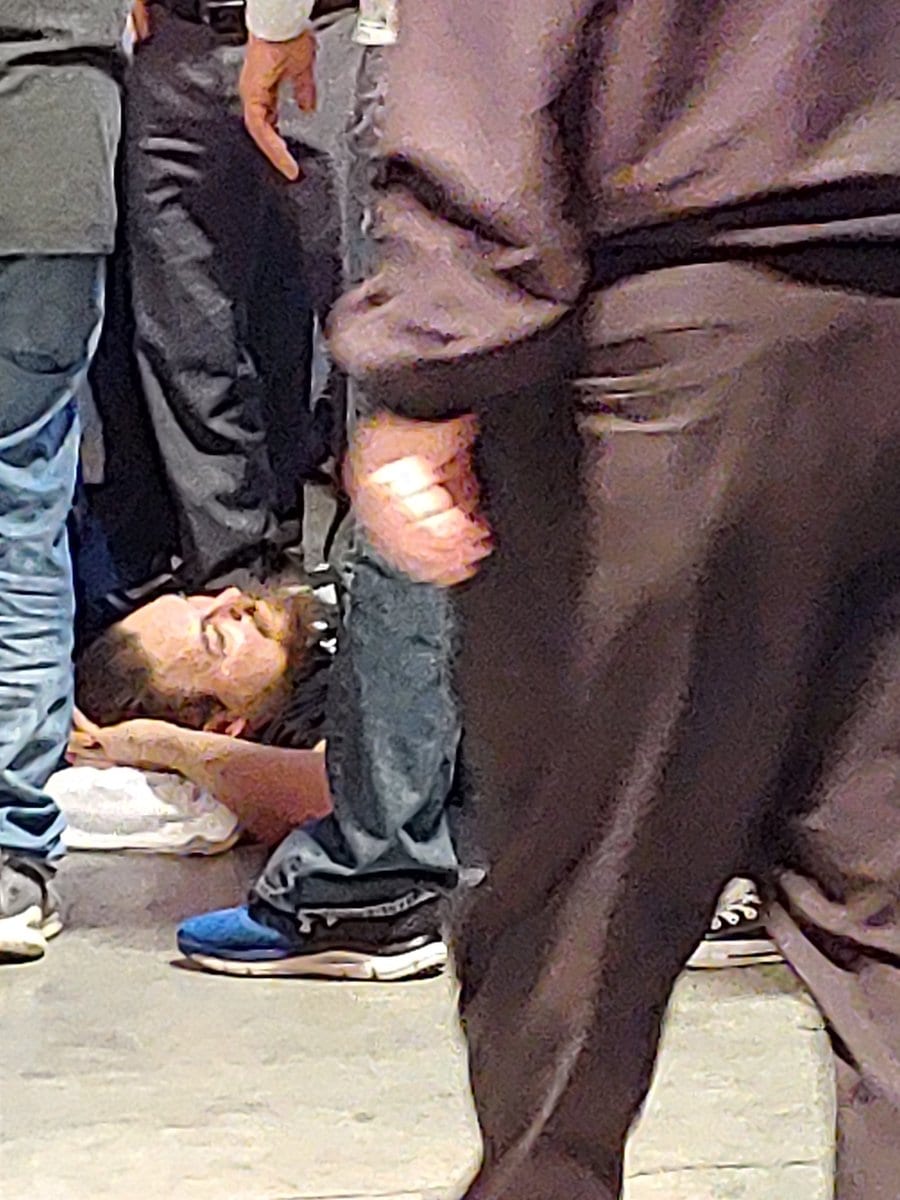