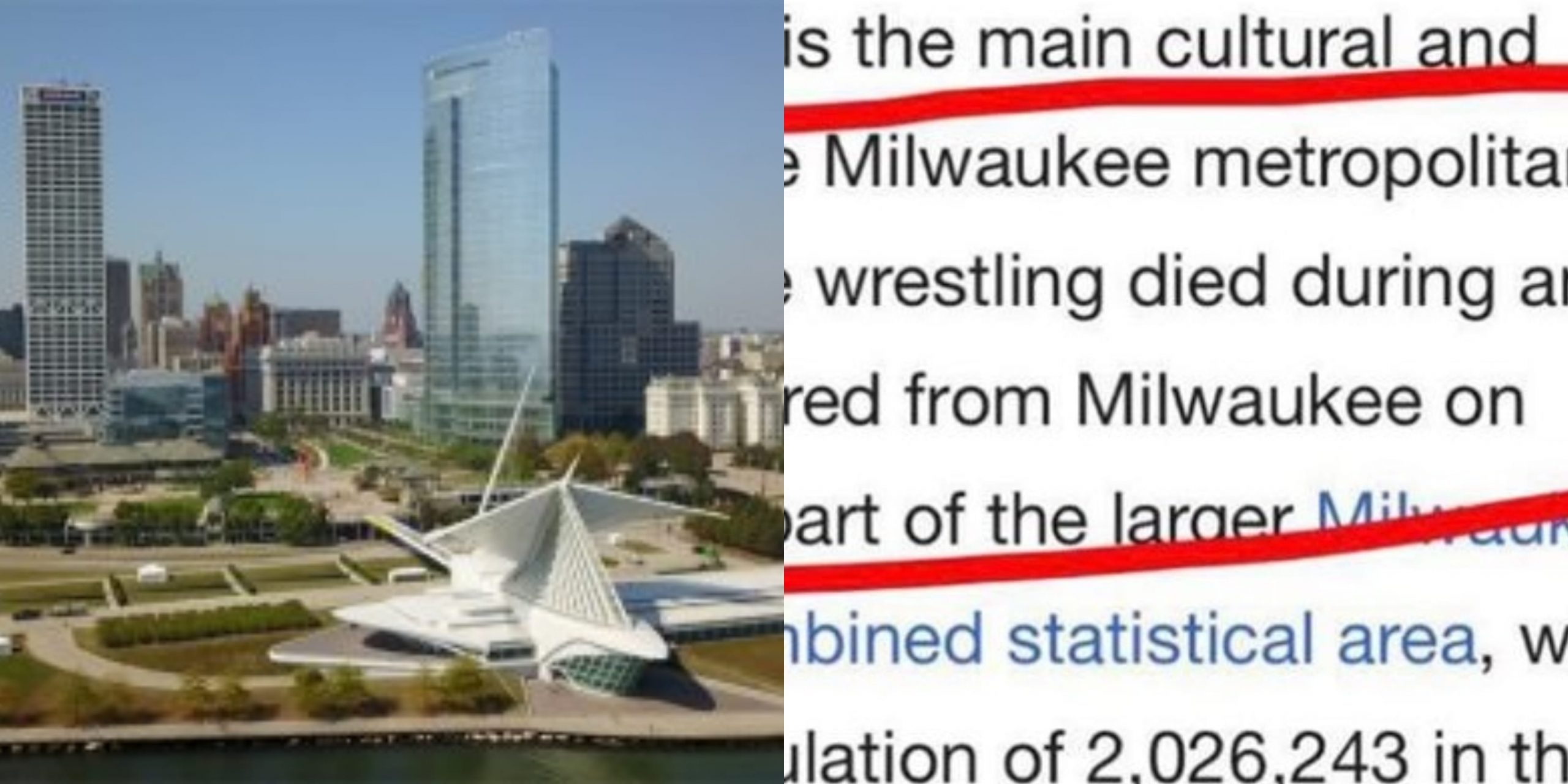 WWE did themselves no favors whatsoever with Raw this week. It didn’t tell very many good stories and it was honestly put best by saying it was bookended by two babyface beatdowns, but the same three heels. Nobody liked it and number plummeted in the third hour, especially when fans realized that it was headlined by Baron Corbin vs Finn Balor for the hundredth time on television.

This caused some fans to complain online and we saw it on the message boards and the comments on our social media. Timelines all over were full of messages talking about how bad Raw was in one way or another and then someone else got the bright idea to take it a step further.

We don’t who did it, I swear it wasn’t us, but someone really altered the Wikipedia page for the city of Milwaukee Wisconsin to mark that this city hosted a historic event where pro wrestling died on November 26th, 2018.

You can check out the screengrab we got below before they changed it. It’s funny but I’m glad they changed it back because there will be better episodes of RAW down the line so thanks for sticking along with us. Wikipedia is also used as a reference so what if a kid happened to be doing a report on Milwaukee when they changed that up? He would have a very interesting subject to write about. 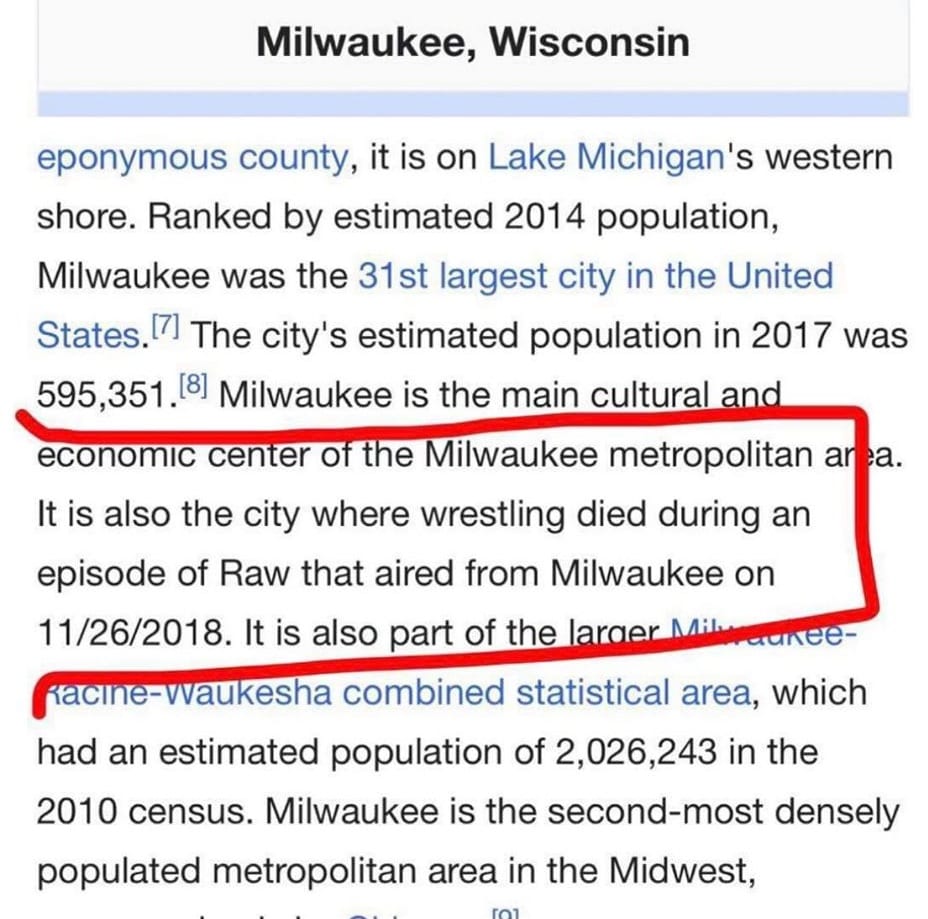