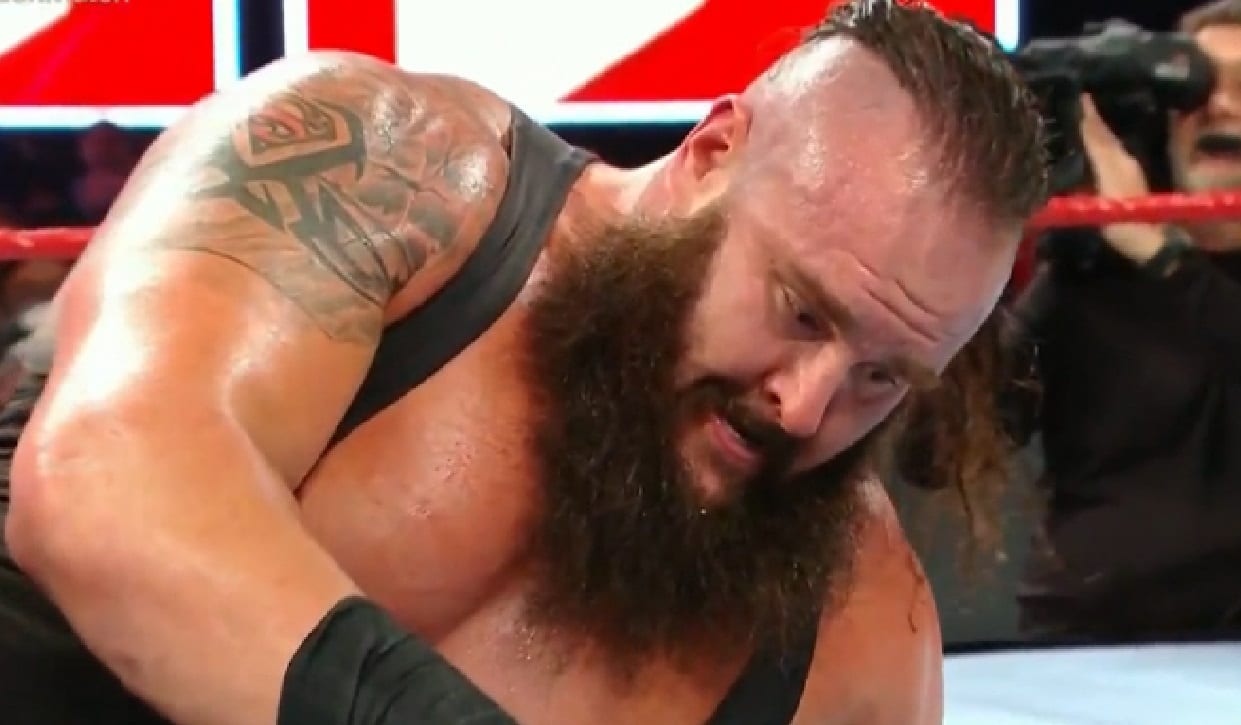 WWE’s flagship show kicked off this week with Stephanie McMahon celebrating Raw’s victory over SmackDown at Survivor Series and it soon escalated into a 6-man elimination tag team match. Baron Corbin laid Braun Strowman out with a chair after the match lasted 33 minutes and The Monster Among men was the only guy left on the babyface team and then a post-match beatdown commenced.

WWE later announced that Braun Strowman’s injuries were serious and he had a shattered elbow. This is indeed a serious injury if that were the case, but as with a lot of things in pro wrestling, this was an exaggerated diagnosis. However, Strowman really is injured and will require surgery on his elbow.

Dave Meltzer discussed during Wrestling Observer Radio the actual nature of Strowman’s injury and the fact that while he will require surgery it’s not going to be as bad as if he really shattered his elbow. However, it’s still “touch and go” on The Monster Among Men’s status for the TLC pay-per-view.

“Well, I guess the biggest news is that Braun Strowman is going to have elbow surgery so the deal tonight was a cover for that. He has bone spurs in the elbow that they ‘destroyed’ was the one that he has bone spurs in.”

“It’s not a bad deal, obviously his elbow was not shattered. It’s touch and go whether he’ll be in San Jose for the match with Baron Corbin, the TLC match they announced. I guess it depends on the seriousness of the surgery.”

“The belief is he’s fine for the Royal Rumble with Brock Lesnar which they also announced surprisingly announced that match tonight. So that is the plan. So that’s the deal of what’s going on with Strowman, why they did what they did.”

WWE went ahead and announced Braun’s match at WWE TLC and the Royal Rumble dependant on whether he can defeat Baron Corbin in a Tables, Ladders, and Chairs match. So let’s hope that they’ve done the math and figure Braun will be back in time for December 16th.

Only time will tell when you’re dealing with recovery from an injury though, so just in case Braun Strowman can’t make it back in time to face Baron Corbin, it might be a good idea for WWE to figure out a Plan B.