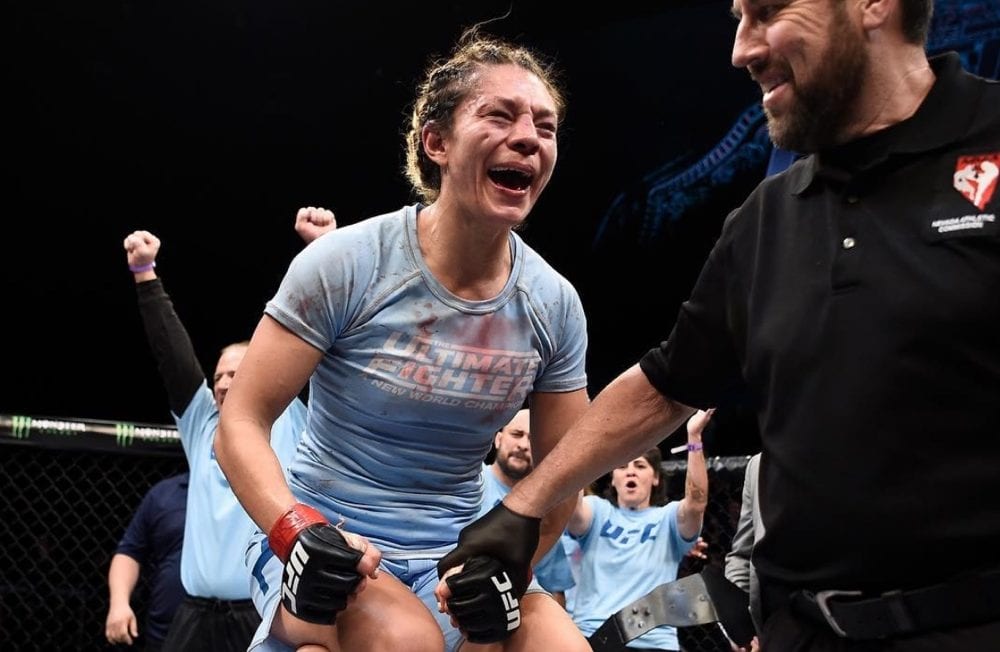 Things just continue to get worse for former flyweight champion Nicco Montano. Prior to yesterday’s weigh-ins she was rushed to a hospital due to poor kidney functions just 24 hours before her title defense against Valentina Shevchenko. Now, USA Today reports that UFC president Dana White has announced that Montano will be stripped of her championship, and that Shevchenko will challenge for the vacant belt later on in the fight year. White states:

The belt becomes vacated, so the title is vacated. Obviously, Shevchenko is dying to fight for this title. So we’re in the process right now of trying to make another fight before the end of the year.

Montano becomes the second woman in MMA history to be stripped of her title before getting a chance to defend it. The other occurrence was when Germaine de Randamie refused to face #1 contender Cris Cyborg, and had her featherweight championship taken away.

As of this time, there has been no comment made by Nicco, but we wish her a speedy recovery.