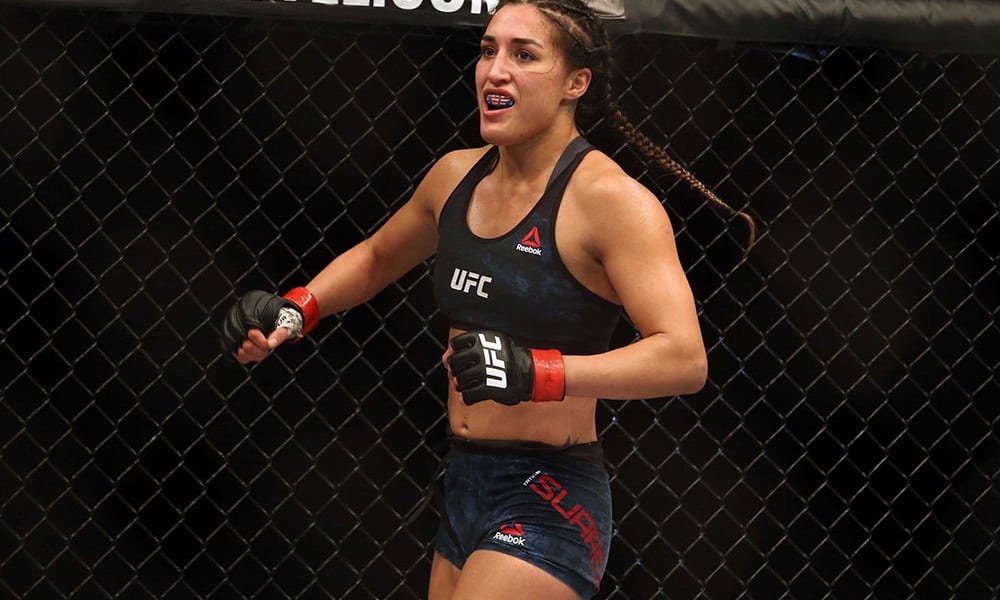 UFC 228 is going to rock Houston and plenty of interesting match-ups populate the card. At this point, the main event match although it is a focal point, it might not be the most interesting match on the card for some fans.

Tatiana Suarez is prepared to defeat Carla Esparza and move on with her career with a title shot in mind.  Since winning the strawweight tournament winner in the 23rd season of The Ultimate Fighter, Suarez has impressed many people.

Suarez spoke to MMA Junkie about her upcoming UFC 228 fight and was not only confident in her career so far in UFC, but she was also very sure that this win will bring her a UFC Title shot.

“I definitely think when I win this fight there will be a title shot coming soon, One or two fights, maybe even just one fight. I think I’ll fight a No. 1 or No. 2 contender, maybe like Claudia (Gadelha) or (Jessica) Andrade or Karolina (Kowalkiewicz) and then I’ll be right in line for that belt.”

Only time will tell how things turn out but Tatiana Suarez is certainly focused toward a big win at UFC 228.