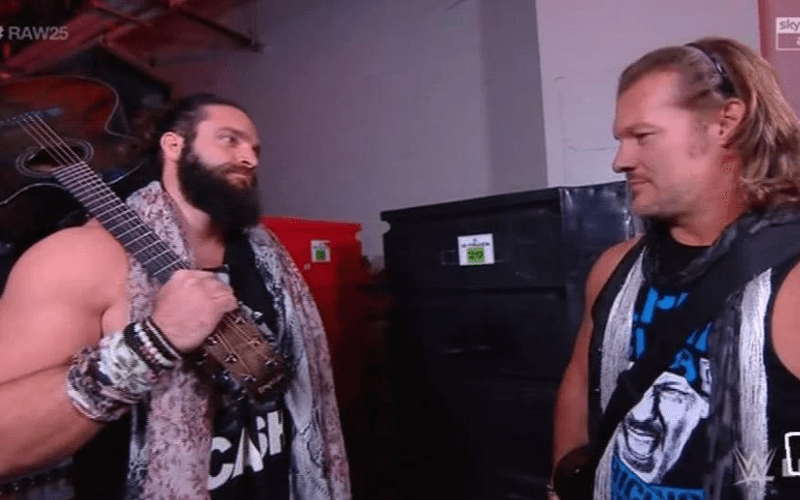 RAW Superstar Elias had the opportunity to visit the Complex offices, where “The Drifter” spoke with Olga and Mack to promote the “Walk With Elias” album that was released earlier this week.

Throughout the interview, which was created with Elias playing his character, the RAW Superstar tackled down on Chris Jericho. This stems from their altercation back at RAW 25 when Jericho taunted Elias using his own guitar before putting “The Drifter” on the list.

“To be honest with you, I’m sick of Chris Jericho. I’ve had enough of Chris Jericho. I’ve seen him on my TV far too often. I’m the guy that plays guitar and sings on Monday Night RAW, and he shows up, tries to steal my act? It was OK for a quick laugh or something like that but on a personal level, the guy’s personality just rubs me the wrong way. His ego is just totally out of control, unfounded, and I can’t stand people whose egos are just not deserving. That’s all I can say.”

Elias also revealed what he thinks of Superstars who compete on a part-time basis, given that he works a full-time schedule with WWE.

During the interview, Elias also gave props to Lars Sullivan and Riddick Moss, who he said fans should keep an eye out for.

What are your opinions on part-timers? Do you want to see Elias vs. Jericho? Sound off in the comments below.