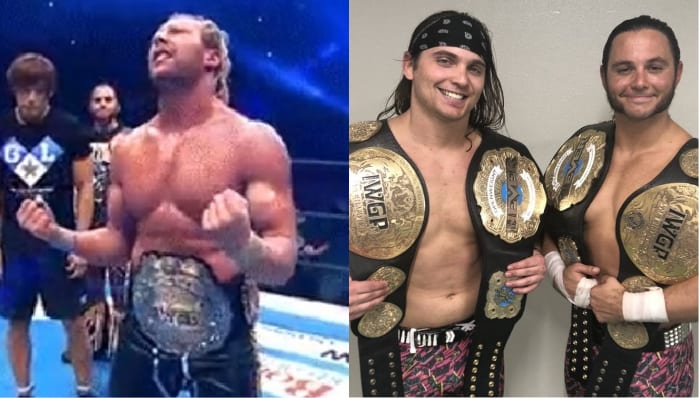 But it turns out they probably knew about these title wins for a while now because after the event they announced in a press conference that they will now be known as the Golden Elite because they were the Elite before but now they’re holding top titles.

During the announcement, they revealed brand new Golden Elite t-shirts and Matt Jackson promptly announced afterward that they are already on sale. So they at least knew about their title wins long enough to get t-shirts made.

NJPW books much differently than WWE. Most fans are used to multiple changes before a WWE show but not in New Japan.